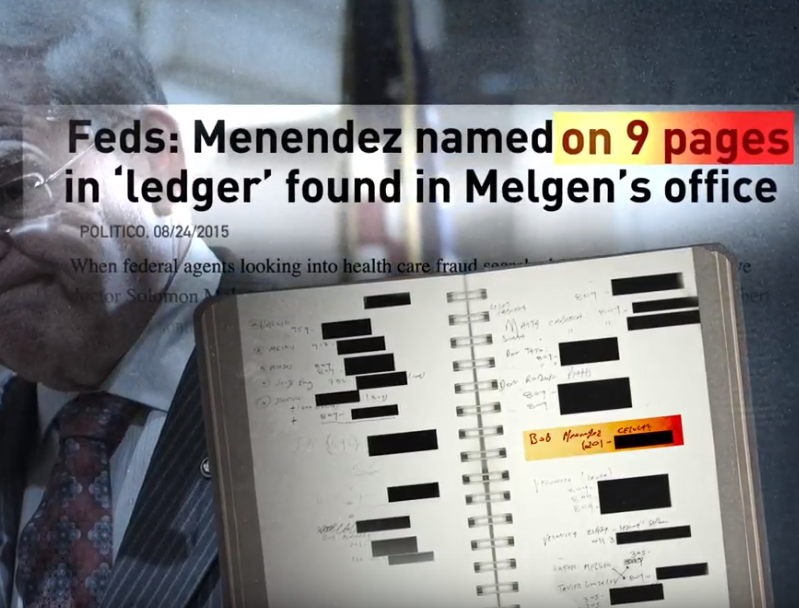 Far from it, Save Jerseyans.

In fact, on Saturday, Hugin launched a new television advertisement on New York AND Philadelphia broadcast television expanding on his original ad’s 100% factual discussion of (1) what the U.S. government described as ‘corroborated’ allegations of underage prostitution lodged against Menendez and a friend/donor, and (2) confirmed corruption — the unethical acceptance of $1 million in “gifts” — which led to a ‘severe admonition’ and directive for repayment issued by the U.S. Senate’s bipartisan ethics committee.

Hugin’s latest ad was preceded by this week’s angry and unhinged press conference by Bob Menendez in response to the original TV spot’s airing; the Democrat Senator lashed out at his opponent, castigating Hugin as “a liar” among other charged words and phrases.

But Hugin never accused Menendez of a crime in his original ad, opting instead to honestly and directly challenge the Senator’s hypocrisy concerning which alleged victims of sexual assault should be believed and which should not in light of Menendez’s very vocal attacks on then-SCOTUS nominee Brett Kavanaugh.

Charges were never filed against Menendez stemming from the DR allegations, yet while some of the women who surfaced during the course of the inquiry and ensuing media storm later recanted (here’s a 2013 story about one of the women), the Obama-era U.S. Justice Department never quite backed down from insisting that the inquiry was absolutely warranted.

2015 court papers from the Senator’s separate corruption prosecution (I know  – it’s hard to keep track!) provide some insight; they state that the FBI had come across “specific, corroborated allegations” of sex with underage prostitutes in the Dominican Republic.

Another individual referenced in the investigation — Salomon Melgen — was ultimately sentenced to 17-years in prison in a massive and unrelated Medicare fraud prosecution.

The ‘black book’ cited by Hugin’s new ad (above) remains one of the underage prostitution allegations’ many  loose ends. Another? “The pilot of Menendez’s friend, convicted felon Salomon Melgen, also testified he flew ‘young girls’ who ‘look[ed] like escorts’ on Melgen’s plane,” recounted the Hugin camp in a recent press release. “In addition, the FBI confirmed that young women who received substantial sums of money from Dr. Melgen were at Casa De Campo at the same time as Menendez.”

“Presented with specific, corroborated allegations that defendants Menendez and Melgen had sex with underage prostitutes in the Dominican Republic, the Government responsibly and dutifully investigated those serious allegations,” the DOJ’s 2015 papers added in response to the Menendez defense team.

Menendez presently leads Hugin by 8-point in the RCP average, but sources on the ground and a panic $3 million investment by a major national Democrat PAC points to a close race down the final two week stretch of the 2018 midterm campaign.