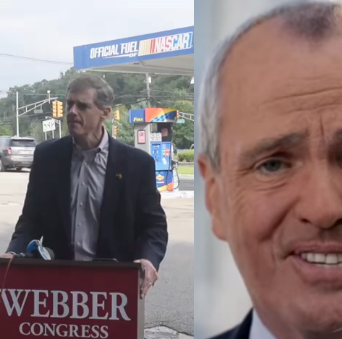 DENVILLE, N.J. — With his Democrat opponent in striking distance, Assemblyman Jay Webber took his congressional campaign to the Sunoco Gas Station on Route 10 in Denville on Monday to turn his attention to a very state-specific issue: the gas tax.

Webber says it’s worse than reckless on the part of Governor Murphy and his associates; it’s an abdication of the legislature’s democratic and constitutional responsibility to play a leading role in taxation. And the end result is an affordability problem that’s off the rails.

“Today it got worse, all thanks to Taxin’ Phil Murphy,” said Webber, standing in the parking lot as North Jersey commuters gased up in the background.