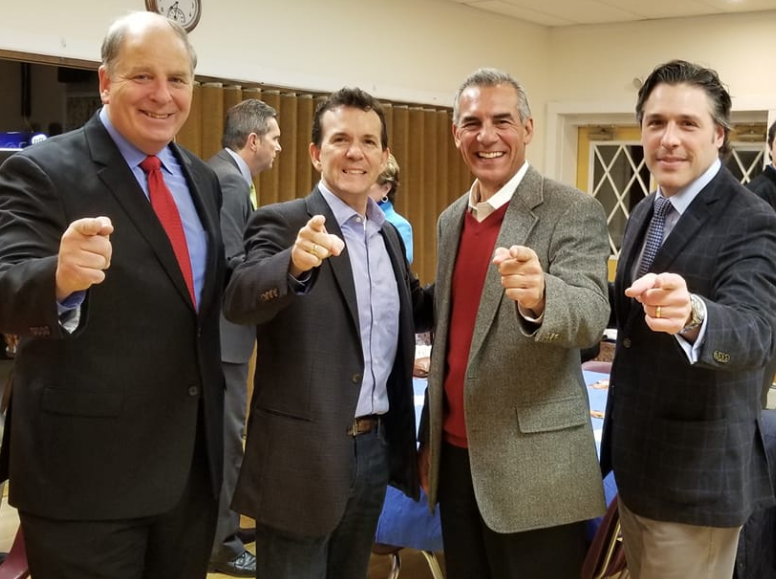 That’s not true of the N.J. GOP’s senior statesmen who were out in force on Tuesday night to rally with Republican nominee Rich Pezzullo.

Great stop at American Legion Post 338 in Leonardo with Chairman @DSteinhardtEsq and @RichPezzulloNJ! Voters are ready to #DefyHistory and win big and we won’t rest until we do! Just one week to go! #NJGOPontheroad #NJGOP #DefyHistory pic.twitter.com/LrGIdTGAeu

NJ-06 encompasses 12 Middlesex County towns and 20 Monmouth County communities; the district is a D+9 according to the authoritative Cook PVI, and it voted 56 – 41% for Hillary Clinton over Donald Trump in 2016. Pezzullo is nevertheless running an unapologetically conservative, pro-Trump campaign which aims to appeal to the district’s broad and increasingly diverse working class base of voters.

“Guns are designed to put holes in people that need holes put in them, and when people find themselves in a situation where they need to put a hole in someone, the federal government has no business telling that frightened housewife what gun she can have and how many bullets she should have in the magazine,” said Pezzullo during last week’s debate in Marlboro.

“The right to defend yourself is absolute,” he added.