N.J. House Candidate to Congress: Impeach Trump Now or Get Back to Work! 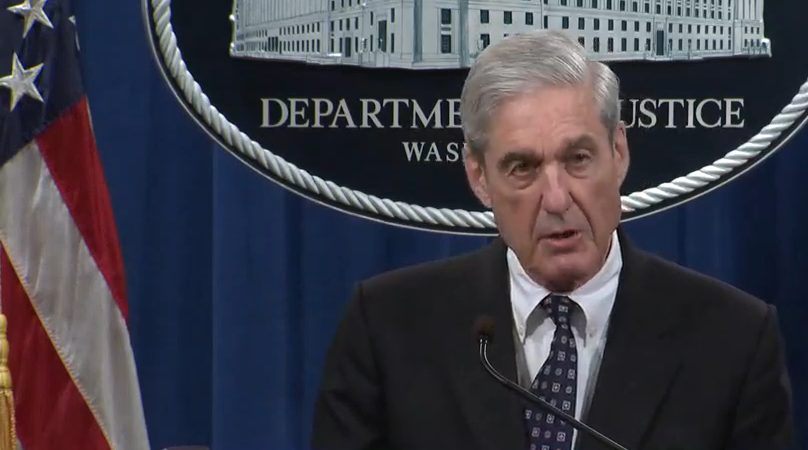 It was an odd appearance by the tight-lipped prosecutor; nothing new came from the press conference, and Mueller (who previously signaled he wouldn’t make any statements) frequently encouraged interested parties to let his report speak for itself.

“If we had confidence that the president clearly did not commit a crime, we would have said so,” Mueller told reporters, referring to the obstruction of justice allegations lodged against President Trump. “We did not, however, make a determination as to whether the president did commit a crime. The introduction to the volume two of our report explains that decision.”

Republicans and Democrats were quick to push their own narratives after the 11 o’clock presser wrapped up; Trump allies said it was time for Trump critics to move on, while Congress Democrats pledged a renewed commitment to House-led investigations. Others questioned some of the inconsistencies presented by Mueller’s comments:

Exactly right. If Mueller was never going to be able to find obstruction of justice because of DOJ policy, then what was the point of investigating that in the first place? By Mueller’s reasoning, he couldn’t have said Trump/campaign had conspired with Russia if he had found that https://t.co/RjX8HlHMYU

One New Jersey candidate who hopes to join the U.S. House of Representatives in January 2021 – Josh Duvall of NJ-01 (Camden and Gloucester) – called on the Democrat-controlled House to make their move or get on with the other business of the country.

“The Democrat controlled House of Representatives now has a choice: begin impeachment proceedings based on the Special Counsel report, or start working on policies and proposals that advance the cause of liberty and prosperity for the American people,” said Duvall, a Republican. “If partisan Democrats like Donald Norcross conclude that impeachment is the right political move to satisfy their base, while everyday Americans are left to hang in the balance, it will be yet another signal that our South Jersey representative is more interested in playing politics, than promoting prosperity for our constituents.”

“Robert Mueller’s Special Counsel investigation is over. It’s time for Congress to get back to work,” the candidate added.

New Jersey’s House Democrats remain divided on the issue of impeachment, with some members (like Tom Malinowski of NJ-07) supporting it and others (like Andy Kim of NJ-03 and Mikie Sherrill of NJ-11) offering redirecting statements when pressed.