Is the Media dumping Booker for Buttigieg? 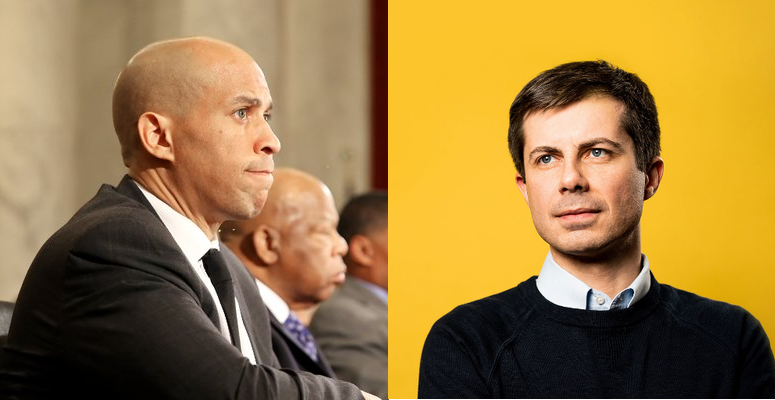 This is hands-down one of my favorite 2020 stories to date, Save Jerseyans. It’s priceless.

I’ll skip to the punchline: Politico is reporting that Cory Booker’s surrogates and allies are furious over the Media giving disproportionate attention and TLC to South Bend Mayor Pete Buttigieg.

“I guess I’m a little gun-shy because I remember what happened four years ago when all of the attention was based on this guy from New York who happened to be a billionaire by the name of Donald Trump,” state Rep. Jerry Govan of South Carolina reportedly told the publication.

Laughable! And a sign of a complete lack of self-awareness over on Team Booker.

If you’re not immediately sure why that’s so funny…

(1) Cory Booker is a product of the Media. He’s never accomplished anything of note in government. Booker absolutely sucked in his capacity as mayor of Newark, presiding over rampant crime and unemployment, but the Media seized upon his profile as a charismatic, forward-sounding, social media-savvy black mayor from the NYC metro area and Booker benefited immensely from the unearned attention despite an equally uninspiring career thus far in the U.S. Senate.

Remember that famous line from the 1998 film adaptation of Primary Colors?

Yeah. This is no different.

The Media made Booker and now they’ve found something more interesting. That’s how it works. That’s how it’s always worked with creatures who aren’t worth much outside of the artificial glow imparted to them by the Media in the first place.

(2) Buttigieg does Booker better than Booker. Most politicians who make it to the top are acting, at least to some degree. What makes certain famous pols so successful? Like Chris Christie during his early tenure in Trenton? Feigning authenticity. You believe they CARE, and “get it.” Willing and able to cut through the B.S. and govern like a real, practical, post-ideological human being.

Booker has never really been able to pull that off because, in part, he’s never had to govern anything other than Newark which, let’s face it, (a) he spent more time tweeting than governing and (2) Newark was also a mess when he found it. The Media couldn’t have hid his failures on a larger stage. He’s also a transparently plastic guy who is morphing himself into a radical as of late, one which he never was prior to heading to D.C. and running for president (click here for more on that if you’re new to Booker’s story).

[Note: Beto is having the same problems as Booker because his resume is even less substantial.]

On the other side of the coin? Buttigieg’s widely-covered criticism of virtue-signaling Chick-fil-a boycotters is a clear example of how this Midwestern gay Democrat mayor has closed the “small city fix-it man with a different profile” lane to Booker. He may not be anything new or improved! I actually doubt it; more scrutiny is likely to reveal a fairly conventional far-left politicians. But on the surface (which is as deep as most people ever go), Buttigieg looks and feels and sounds more like the left-of-center “uniter” Booker has always pretended to be but never came close to pulling off.