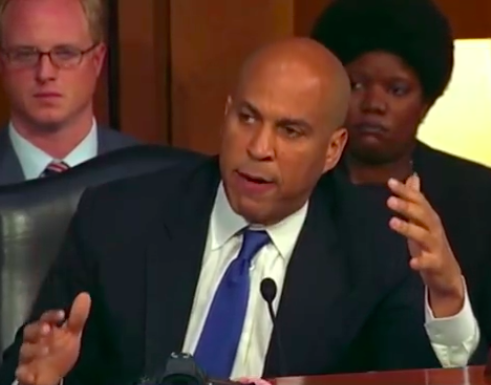 Knowledge of history is the key to avoiding history’s mistakes.

Cory Booker is so far back in the Democrat primary polls that he clearly doesn’t care about mistakes or workability, Save Jerseyans. When you’re at 2%? All you care about is attention.

This week, Booker (who already has an “F” rating from the NRA) dove into the gun control debate by proposing a national licensing scheme for firearms.

But even if deprivations of personal liberty, Venezuela-style, aren’t quite enough to motivate you into the opposition camp, there are also the closely-related issues of cost and actual when-the-rubber-hits-the-road effectiveness for you to consider…

In 1998, motivated by a shooting at Montreal’s Ecole Polytechnique which had set off a legislative chain of events years before, our neighbor to the north Canada began requiring all gun owners to register their weapons with the national government. Any gun purchases required a license.

As it turned out, registering 15 million guns (in a country of 34 million at the time) was going to cost about $1 billion, more than the $2 million original estimate. Oops. I hope we can agree that $998 million is more than a rounding error!

Violent gun homicides increased between 1999 and 2009.

In 2011? A new conservative government voted to eliminate the program and destroy the records. A grand experiment in statism had reached its final disastrous stage.

Why anyone would now trust Cory Booker – who saw violent  crime spike during his tenure as Newark mayor – to be the ONE GUY to make this universally unsuccessful plan work, for the first time anywhere (!), is beyond my powers of comprehension, Save Jerseyans. I guess some folks are just stubborn gluttons for punishment.