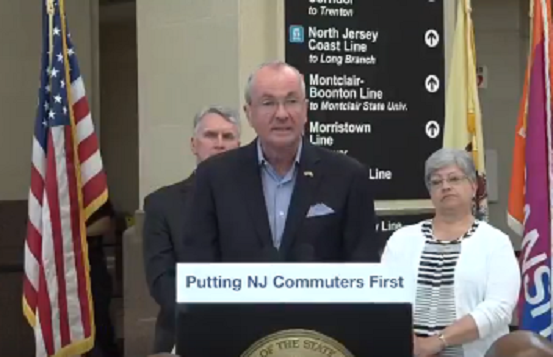 TRENTON, N.J. – Phil Murphy may be governor, Save Jerseyans, but Steve Sweeney is still the capital city’s most powerful politician.

That political reality was confirmed on Thursday when Murphy ruled out as government shutdown ahead of the Sunday deadline at an unrelated Secaucus Junction press availability.

Murphy said the FY 2020 budget’s precise “are still to be determined”, and he is therefore still likely to exercise his line item veto power, but New Jersey’s state government will open on Monday, July 1st and the legislative Democrats’ $38.7 billion budget – which does not include a millionaire’s tax – will survive at least in its general current form.

“I will meet our constitutional deadline,” promised the Democrat governor.

It’s impossible to interpret today’s development as anything short of a major victory for the Norcross faction of the state party which, led by Steve Sweeney, maintains a dominant position in both the Assembly and State Senate. What remains to be seen is whether Murphy’s budget cave cools the ongoing rhetorical and legal battle between the Governor and South Jersey’s dominant political boss or if it’s a sign of a coming thaw between warring Democrat factions ahead of the fall election cycle.