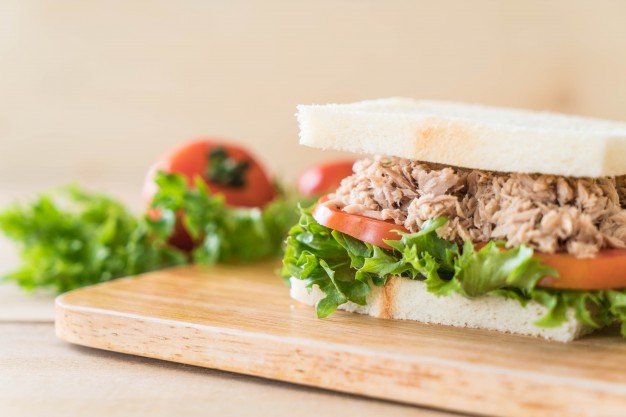 The crap (or tuna fish in this case) hit the fan last week in Cherry Hill, Save Jerseyans. School district officials decided that, going forward, students with unpaid lunch bills of $10 would receive tuna fish sandwiches while anyone owing $20 or more would no longer be fed. The district says it has a $14,343 unpaid meal tab run up by 343 students.

Too harsh for the affected kids? Or just desserts for deadbeat parents?

That’s a fair summation of the debate angle getting most of the attention in the media and among parent groups. It’s the easy debate. The clickbait-friendly debate.

But is that the right debate?

I’m sure some of the non-paying parents are deadbeats. The ones who give teachers’ grief on a daily basis but can’t be bothered to pay a lunch bill. Others? Just plain poor.

Yes, I care about personal responsibility. I also care about math. Look at the numbers: Cherry Hill residents pay $14,242 annually per K-12 student for a district with over 11,000 kids (and a superintendent who makes $200k per year); notably, the total outstanding food bill is a mere $101 more than what Cherry Hill pays for ONE STUDENT over the course of a while year. In any event, the total enrollment bill represents a nine-figure annual expenditure, and last year voters shot down an effort to bond over $200 million more for facility upgrades. You can’t blame them; besides much-discussed problems with how the referendum was presented, Cherry Hill property taxpayers are already paying $8,399 on average every year. 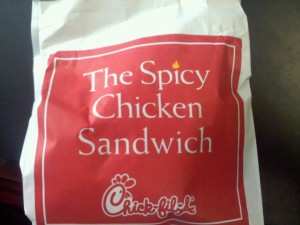 You’re telling me there isn’t sufficient cash in the massive Cherry Hill school budget for 343 kids to get a freakin’ hot meal?

As far as I’m concerned, and I suspect many parents are concerned, their tax dollars should’ve already paid for food (and then some).

There’s more than one Chick-fil-A inside the township. I looked it up; a chicken sandwich combo is $5.95. The district would probably get a bulk rate from the famously generous fast food giant, but 343 kids could get a delicious satisfying, pickle-topped chicken sandwich with a refreshing drink and waffle fries for a little over $2,000 per day even at the regular menu price. Canning the super — and applying his salary to the Chick-fil-A bill — might cover about half of the cost!

Somehow I doubt anyone with decision-making authority is thinking this far outside the box. More to the point, I doubt anyone has a vested interest in rethinking the spending priorities and strategies of our state’s largest school districts.

That’s the public school system for you. Bloated, inefficient, overrated, lazy, unoriginal, heartless, flush with cash (contrary to loud and frequent protestations) but chronically unable to make sure taxpayers’ dollars get to the places, and the people, who need it most. NJEA reps have admitted their lack of concern for school quality and student welfare in the past.

Want to save money? I’m with you.

Benefits reform, waste reduction, cutting administrative costs, and a host of other fiscal challenges are far more important if the real concern here is saving money than making a few kids with less-than-capable or worthy parents feel like shit in front of their classmates. By the way: I’m all for penalizing the district’s genuine deadbeat parents who can’t be bothered to pack their kids a bologna or PP&J sandwich. Amen. Make them pick up trash on the football field in July wearing black trash bags. Fines. Day reporting to jail. Whatever works. But I also think it’s fascinating to see the public school monopoly – the flagship of big government, daddy state ideology – fail the district’s most vulnerable kids so miserably and treat them so callously.

I suspect the district’s bureaucrats actually LOVE watching the “pay or starve” crowd battle the bleeding heart “all kids should get caviar” crew on social media and at public meetings. It’s a distraction which takes the public’s focus off of Cherry Hill schools’ real problem: the system itself and the fat cats who benefit from the status quo.