WASHINGTON, D.C. – Something historic happened this past Monday regardless of the outcome of the case.  The Supreme Court of the United States, for the first time in nearly a decade, heard a case concerning the Second Amendment.  This case is such a big deal that it has both gun rights activists and anti-gun zealots both reeling.  The case is New York State Rifle and Pistol Club Vs The City of New York.  The prayer for relief revolves around a former NYC law that did not allow residents of the boroughs to transport their firearm out of the city limits.

The fact that this case exists only exposes the ridiculous measures which some jurisdictions will take to make gun ownership as difficult as possible. Using a reasonable man test, let me ask you a hypothetical: Do you see an issue with a person taking their pistol, that they legally own, locked in a case, in the trunk of their car, to another town to use at shooting range? Is it reasonable to say that is an okay practice?

This law was so blatantly absurd and unconstitutional on its face that I think even non-gun enthusiasts would agree.  Replace “pistol” with the word “bible” or “notebook.”  Any other enumerated right does not get treated this way.  To not split hairs on the subject, let us all agree that a law abiding gun owner, that travels with their firearm in a locked container, in the trunk of their car, is not a hazard to public safety.  And, the City of New York ends up conceding this during Monday’s arguments.

What is unique about this case is the city’s mootness argument.  To give some background information, this lawsuit has been around for about five years.  In those five years, the City of New York has vehemently defended their stance on the transport of handguns out of the city being a public safety hazard (because less guns in NYC means less safe?).  Fast forward to 2019, the State of New York passed a law to nullify New York City’s law, but only after the Supreme Court agreed to hear this case.  New York’s position, both the state and City, is that since the law is no longer in effect, it is moot, and there is no longer a prayer for relief.  The City added onerous requirements when transporting a firearm to the new set of laws allowing transport.  Paraphrasing they said, “yes, you can now take your pistol out of the city to a narrow list of places, but you need to do so directly, without stopping.”

This matter of the State slapping down the City’s law is akin to an older sibling keeping order in a household because if the parents step in, it would be “bad” for everyone. This is what the anti-gunners are afraid of. Justice Ginsburg pointed out during the early part of arguments:

“Mr. Clement, the city has now been blocked by a state law, and the state has not been party to these proceedings. The state says: City, thou shalt not enforce the regulations. So what’s left of this case? The Petitioners have gotten all the relief that they sought.”

What happens when the older sibling keeps order? For starters, the parents do not “know” what is going on and with that, any corrective action taken may not be the proper one. Any potential lessons will not be taught.  Why we do not play ball in the house has different ideologies to parents vs children.  To an older sibling, one does not play ball in the house as to not get in trouble with the parents.  To the parents, the children shall not play ball in the house, so they do not break things that cost hard-earned money or have extreme sentimentality.  There is a lesson there.  The WHY is important.  New York State saying “thou shalt not enforce the regulations” to the City completely removes a question in the prayer for relief, was/is this practice constitutional?  To muddy the waters, yes, there is a new law involved, and by following the appropriate channels, there would be new lawsuits on the constitutionality of it. 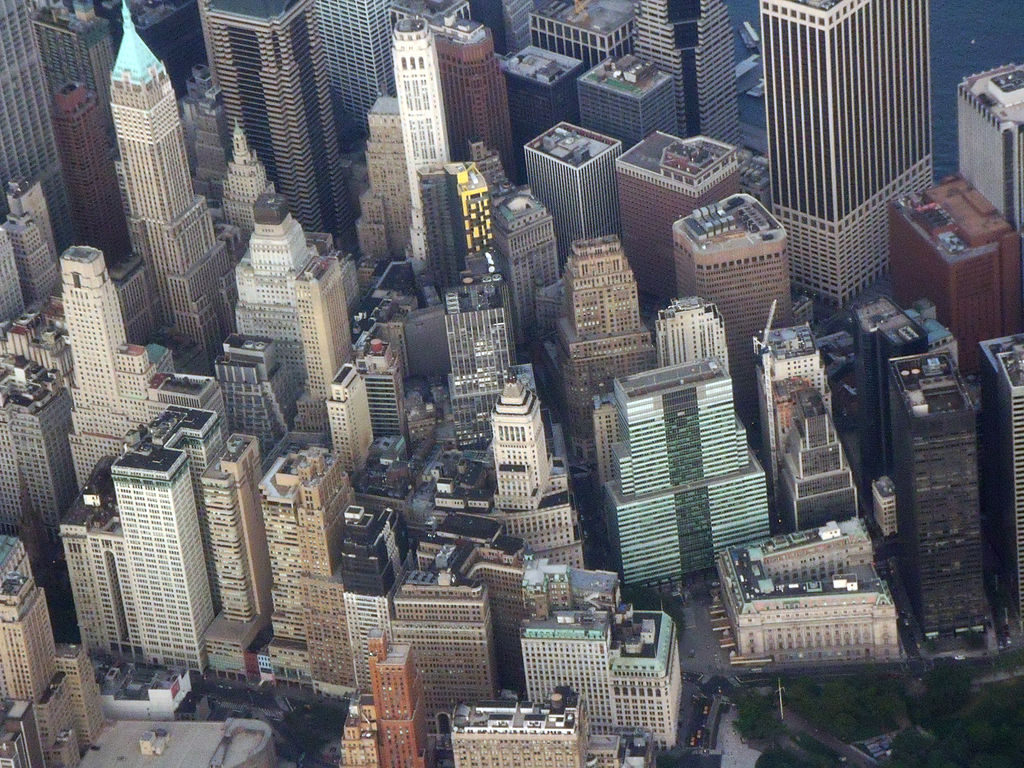 The elephant in the room is the fact that New York and the like did not want this case to be heard at all by the Supreme Court and tried to argue it was moot.  Why would they defend it for five years and then have a change of heart?  Does this change of heart mean New York City and the rest of the country should not have to bear the burden of the lessons from the parents?

No.  This is all the more reason why the court should have to deliver an opinion, because these practices do exist in the United States.  Granted, the number of jurisdictions that have laws like this are not many (they are growing in numbers mind you), but the penalties involved for minor infraction are usually felonies (see New Jersey’s The Graves Act).  The Supreme Court is intelligent enough to see through the City’s tactics, which is why the case was not mooted earlier in the process.  This should be a wakeup call to jurisdictions unfriendly to the Second Amendment.

There indeed was a tone set, with Roberts right in the middle.  In several instances, justices that seem unsympathetic to the plight refer to the act of transporting the firearms as carrying them.  It is important to note this word use.  Yes, you are technically carrying your firearm when you transport it.  The layman’s way of viewing, and statutory in many instances, of carrying, is on one’s person either concealed or open, a whole other matter (in public, any time).  While these are simply word games, they do have meaning.  What also has meaning is a rather disturbing question from Justice Sotomayor.  Through the course of the arguments, the question on if the city would prosecute the claimants for any infractions of the old law, meaning their admission to breaking the former transportation ban, Sotomayor asks:

“I’m not going to, because I want to be careful for you and for society, you’re not representing if they shot somebody with a gun that you’re not going to prosecute them for that?”

Is Sotomayor so glib to think that the rest of us are so glib that she had to ask such a stupid question? This is on record forever; thanks Sotomayor.

At the same time, right out of left field comes some compelling words from Justice Ginsburg:

“One — one problem with the prior regulation, if you wanted to have a gun in your second home, you had to buy a second gun. And what public safety or any other reasonable end is served by saying you have to have two guns instead of one and one of those guns has to be maintained in a place that is often unoccupied and, therefore, more vulnerable to theft?”

What can we take away from the December 2nd oral arguments on the case?  What is not being fully reported by the more mainstream outlets is the fact that the full prayer for relief was not answered.  This is a pivotal point in seeing if the court is going to accept the mootness argument.  From the transcript, NYSRPC’s representative Mr. Clement states:

“That’s right, Justice Sotomayor. I don’t think we would have been tethered to those in a proposed injunction.  But, if we’re going to go to the complaint, I think we should look at page 40 –at paragraph 41, at Joint Appendix 36, where we asked for “unrestricted access to gun ranges and second homes.” Unrestricted.  I don’t think at this late stage we are still being offered unrestricted access.”

Between the questions of constitutionality, the City & State’s sudden ‘change of heart,’ and the matter of unrestricted transport, this is where I see this case not being moot.  We must not neglect the fact that New York can simply change their law at any time in the future, undoing many years of work.  The petitioners want it in writing that what happened was wrong and is wrong.

While the red shirt wearing, Mike Bloomberg funded Mom’s Demand Action were out there shaking their fists, we are talking about legally owned firearms being transported. Yes, this has implications that can trickle down throughout the entire gun control scheme, but today, we are talking about transporting a thing in the trunk of a car by a “good guy.” And the same red (the color of communism and fascist regimes) shirt wearing, funded by socialist Mr. Nanny himself group is screaming from the roof tops that this case is moot.  I would not be too sure about declaring victory too soon.

And for my freedom loving patriots that are down in the dumps over this, I would not be too quick to concede to this line of thinking.

This case may begin the end of Draconian regimes in jurisdictions like NYC.  If not, guess what red shirts and patriots alike: there are several more cases sitting at the Supreme Court in waiting, and they go straight to the jugular on anti-freedom gun control schemes.

Alito laid into Dearing on the City’s position on the Second Amendment:

“…it follows that the Second Amendment, under at least some circumstances, protects the possession of a handgun outside the home. Isn’t that correct?”

What Dearing has to say about the City’s position in his concession sums up this entire case:

This is why the parents need to step in, not the older siblings.

For a full text transcript of the oral arguments, visit:

John Petrolino is a US Merchant Marine Engineering Officer and writer native to Monmouth County New Jersey. He received his BS in Marine Engineering from Massachusetts Maritime Academy. John’s articles, poetry, reviews, and essays have been in numerous publications online and in print. John can be reached via twitter at @johnpetrolino.

JOHN PETROLINO is a US Merchant Marine Officer, writer, author of Decoding Firearms: An Easy to Read Guide on General Gun Safety & Use and NRA certified pistol, rifle, and shotgun instructor living under and working to change New Jersey’s draconian and unconstitutional gun laws. You can find him on the web at www.johnpetrolino.com on twitter at @johnpetrolino and on instagram @jpetrolinoiii. Read Full
More posts by the Author »