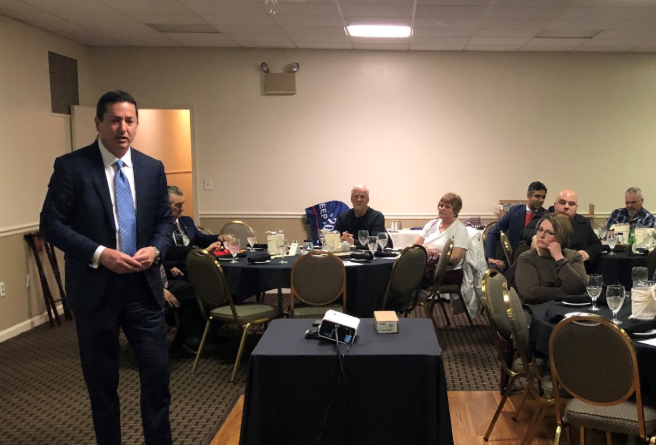 AVALON, N.J. – The establishment is all-in behind Jeff Van Drew. The president himself is flying in next week to rally with him in Wildwood. Even some of David Richter’s ardent early backers have rescinded their endorsements and fallen in-line behind the incumbent after Van Drew’s widely-covered party-switch.

Richter doesn’t seem to care. In fact, the former construction management firm CEO put out his own press release on Tuesday (his consultants quit back in December under NRCC pressure) announcing $515,000 cash on hand at the end of the fourth quarter.

It’s unclear how effective Richter can be between now and June without an A-list operative team to efficiently and expertly allot his cash; still, he’s got enough money on hand to make himself heard over the 4 1/2 months left before NJ-02 Republicans vote. His gamble: there are Republican Van Drew skeptics, jaded from years of voting against the guy who now won’t necessarily follow President Trump’s lead.

“As State Legislators we worked with then Senator Van Drew on a variety of common sense issues like the Coastal New Jersey Evacuation Task Force to better prepare coastal communities for natural disasters and fighting to ensure South Jersey representation on the New Jersey Turnpike Authority which oversees the Garden State Parkway,” the trio declared in a press release shared by the Van Drew campaign. “Our working relationship has continued to grow since his election to Congress and we call upon our mutual constituents in Atlantic, Burlington, and Ocean Counties to join us in supporting his re-election.”

Brian Fitzherbert and Bob Patterson have also declined to exit the NJ-02 GOP primary but both candidates have yet to post significant fundraising hauls.