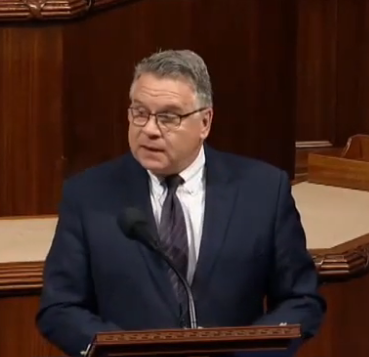 WASHINGTON, D.C. – Congressman Chris Smith (R, NJ-4) said “stopping the coronavirus must be our highest priority—no matter the cost” on Friday after President Trump declared a national emergency and released $50 billion for state and local governments struggling to contain the spread of the novel virus

“As Americans, we need to unite and take every precaution to mitigate the spread of coronavirus and protect the health and welfare of everyone. The new public-private partnership announced today will ensure quicker access to reliable testing,” Smith added, noting “people—especially the most vulnerable and those closest to them—will know with certainty whether they’ve contracted the disease. By authorizing massive testing by private labs like Quest and LabCorp in addition to government-run labs, the Trump Administration is significantly expanding the capacity to test.”

“Waiving interest on college loans will assist students during this ordeal,” Smith continued.

New Jersey had 50 confirmed cases of Coronavirus as of Friday night including one death.