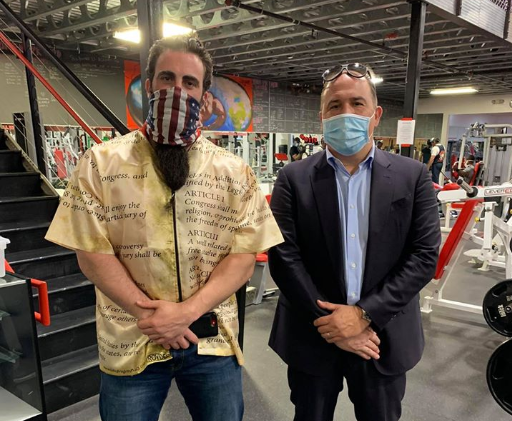 The suit brought by Atilis Gym – which seeks declaratory and injunctive relief – was filed on Monday in New Jersey District Court. Gym attorney Jim Mermigis announced on Facebook that United States District Judge Robert B. Kugler has been assigned to the case.

“If allowed to stand, now 67 days after the first executive order and over 40 million Americans unemployed, defendants’ orders will not only continue to violate plaintiff’s rights under both the US Constitution and New Jersey Constitution but will continue to inflict massive and widespread economic damage to plaintiff,” the plaintiffs argue in their complaint.

Atilis Gym’s saga began when co-owner Ian Smith announced on Tucker Carlson’s Fox News program that he intended to open his Bellmawr, New Jersey gym despite a statewide prohibition on the operation of gyms among other so-called “non-essential businesses.”