The data is in: no Memorial Day Weekend COVID-19 spike at the Jersey Shore 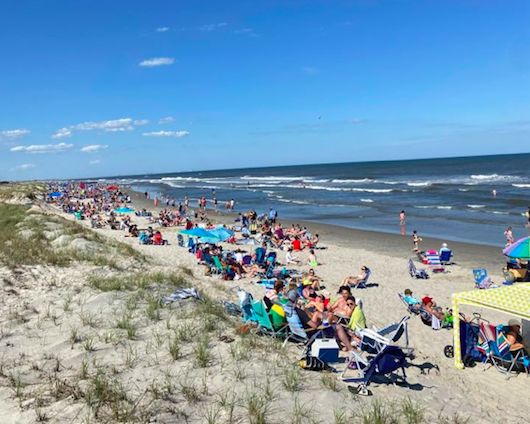 CAPE MAY COURT HOUSE, N.J. – Governor Phil Murphy is fond of saying that “data determines dates.” If he truly believes that, then the latest data suggests that New Jersey should fully open without delay.

On Wednesday (June 3rd), we learned that Cape May County reported no COVID-19 new cases for the first time since April 5th. Cape May is home to many of the state’s most popular beach resorts including Ocean City, the Wildwoods, and of course the legendary beach town of the same name.

The milestone is significant since the Garden State is now two weeks past the start of Memorial Day Weekend which saw a surge of day trippers and seasonal residents heading to the state’s shore points. Experts believe 5-6 days is the average time period between exposure and the presentation of symptoms.

Further up the coast, the more populous county of Monmouth – home to Belmar and Asbury Park – saw 43 new positive cases; on May 3rd, by contrast, the county saw 110 new cases. Atlantic County saw 30 new cases (less than half of the 63 new positives recorded on May 3rd). Ocean County (Toms River and Seaside Heights) saw an even more dramatic drop: only 28 new cases on June 3rd versus 142 on May 2nd.

“Don’t let the facts get in the way of a narrative,” state Senator Mike Testa (R-1), a regular critic of the continued Murphy Administration lockdown, sarcastically quipped when we discussed the latest numbers. “We were asked to flatten the curve… not only has it been flattened, but, Cape May County has crushed the curve. Yesterday, it was reported that there were zero new cases in the county. Waiting until June 15th to partially open while little to no cases are reported does not follow the science – it ignores the science. It’s time to end this economy crushing state shut down.” Testa’s sprawling South Jersey district includes Cape May County.

Although businesses are now allowed to open for curbside-only service or takeout, the continued lockdown measures have kept many businesses closed – including arcades and amusement parks – and the Jersey Shore economy continues to suffer.

The original Murphy goal post for reopening the state was to “flatten the curve” of hospitalizations and new cases; the new goal post position is unclear, though it’s now clear that the curve has flatlined in many New Jersey counties. Murphy has already rejected a regional reopening approach advocated by some freeholder boards.

Trenton’s decision to encourage large-scale George Floyd protests has cast further doubt on the seriousness of the intent behind continued compulsory lockdown measures.