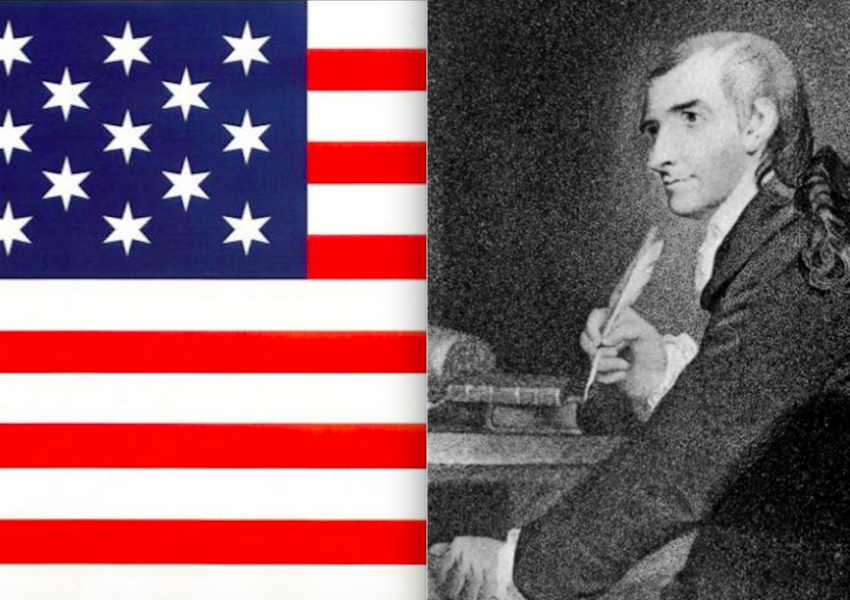 Next up: Francis Hopkinson.

Francis Hopkinson was a true Renaissance Man not unlike most of his founding generation contemporaries. Still, he’s a standout by an objective measure. He also might be the REAL Besty Ross.

His early career included a successful New Jersey law practice, work as a customs collector in Salem, New Jersey, and a stint as a successful negotiator of a treaty with Native Americans in Pennsylvania. Shortly before the Revoluntion in 1774, he relaunched his pratice in Bordentown; in 1776, he was one of the Garden State’s delegates to the Continental Congress. But his story actually gets more interesting after he put ink to that famous piece of paper.

You’ll note the asterisk next to the flag… 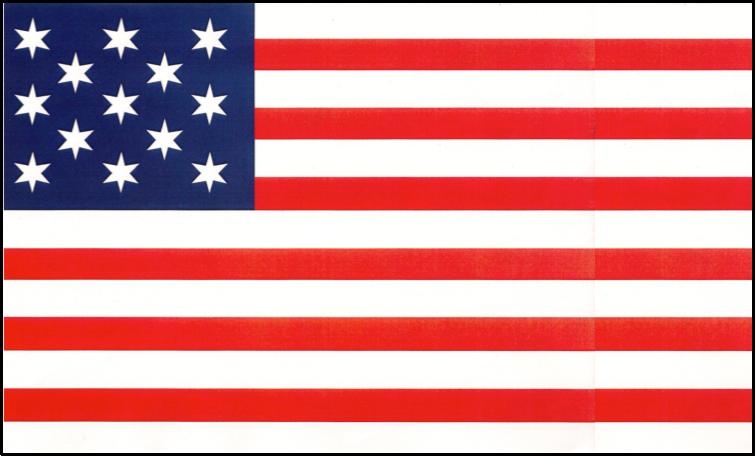 Many historians firmly believe Hopkinson probably designed the first “Stars and Stripes” version of the U.S. flag. He certainly believed so, but Hopkinson never received credit in his time (much to his chagrin), and most modern Americans would answer “Betsy Ross” if asked who designed it.

American history experts are less sure about the Betsy Ross legend than the general public. The first publicly-circulatd stories of her role in the flag’s genesis didn’t surface until a century later, in 1870, and those stories (1) can’t be documented and (2) originated with her grandson.

Hopkinson’s flag work is easier to document because there’s an extensive paper trail of his demands for payment and acknowledgement from the fledgling American government. It began when he was appointed to the Continental Navy Board in November 1776, four months after the Declaration of Independence was promulgated. On May 25, 1780, Hopkinson wrote to the Board of Admiralty concerning his designs conceived over the past few years including a seal featuring seven red and six white stripes situated on a blue field. Hopkinson explained that he’d settle for “a Quarter Cask of the public Wine” for his efforts. The Board forwarded Hopkinson’s request to Congress, a committee was formed, and – in a long story familiar to anyone who’s had to fight the government over anything – submitted bills, an extensive letter writing campaign, and months of political wrangling resulted in a dead end for Hopkinson.

In its October 27, 1780 report to Congress, the Treasury Board had concluded that Hopkinson “was not the only person consulted on those exhibitions of Fancy, and therefore cannot claimthe sole merit of them and [is] not entitled to the full sum charged.” There had nevertheless never been a committee dedicated to a national flag or naval flag, so historians can’t finger anyone besides Hopkinson deserving of credit.

You decide, Save Jerseyans!

Hopkinson is buried a Christ Church Burial Ground in Philadelphia along with four other signers of the Declaration of Independence: Benjamin Rush, Joseph Hewes, George Ross and most famously Benjamin Franklin. Don’t want to cross the River to honor this under-appreciated founding father? You can visit still visit the Francis Hopkinson House at 101 Farnsworth Street in Bordentown. It’s been a national historic landmark since 1971.