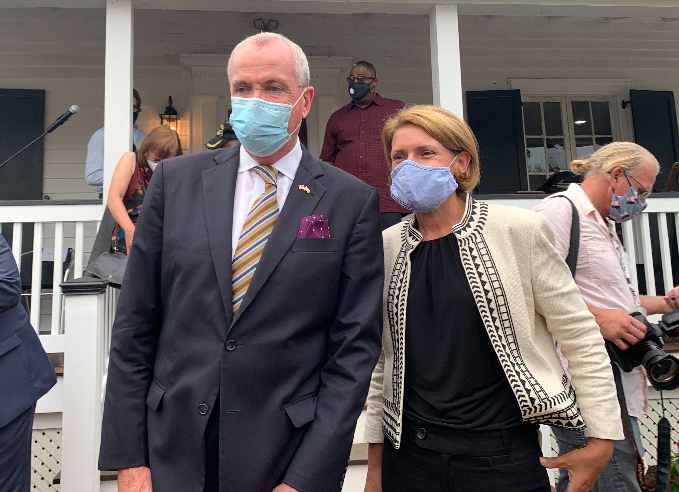 Consultants for congressional campaigns love issuing these bullet point-intensive “policy” proposals which provide talking points for candidates on a hot topic. A lot of fluff? At best! But Democrat Amy Kennedy’s “Older Americans Policy” deserves special recognition… and not in a good way.

Kennedy’s plan makes political sense. Democrats made big gains in 2018 by scaring the shit out of the elderly, insisting Republicans were coming to take away their health care and shove them into early graves. Kennedy’s team knows this so her “policy” is loaded with tired, unoriginal and impossible promises to expand benefits – without any cuts – and without any real plan to pay for any of it other than… you guessed it… taxing the rich with a payroll levy. Some proposals (like expanding Medicaid) are popular in hardcore Leftist circles but lack any supporting evidence in the real world of actually improving health care where tried.

Team Kennedy is betting NJ-02 retirees won’t bother to do the math and will fall for it. Where have I heard this before?

Speaking of Phil Murphy, the governor and Kennedy are close political allies which makes it all the crazier that a key prong of Kennedy’s proposal pledges to “[p]ut strong safety measures in place to ensure that all long-term care facilities are protecting residents and workers from Covid-19.“

I wish it was a joke! But she’s apparently serious.

If you want to protect the elderly from COVID-19, Amy, you’re about six months too late. New Jersey’s nursing home death rate is one of our country’s worst. Since May, New Jersey’s long-term care home fatalities have exploded from 4,800 to 7,100. We know why it happened. Amy Kennedy may’ve missed it, but the March 31, 2020 letter signed by the woman who needs an introduction Judith Persichilli (N.J. health commissioner) sealed the fate of thousands:

New to the story? The full letter can be viewed here.

If Jeff Van Drew is smart, he’ll make Amy Kennedy answer for the Phil Murphy nursing home nightmare that’s claimed countless grandparents and veterans (including three at the Vineland veterans’ home, which is in NJ-02) prematurely. I think NJ-02 voters deserve to know. What’s more, I think they’d respond to the truth.

I don’t think a cute gimmicky policy paper will do much to stop the bleeding in our long-term care homes. Changing governors would undeniably help protect our most vulernable residents. Declining to elect congressmembers who apologize for their governors’ failures is also an imperative.