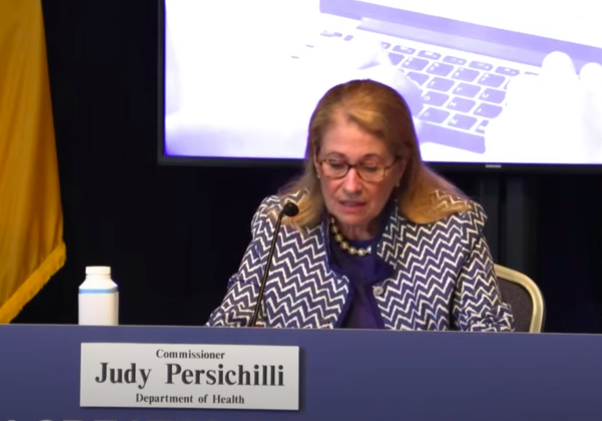 TRENTON, N.J. – New Jersey’s top health official used her Wednesday COVID-19 briefing remarks to take a shot at hydroxychloroquine, the malaria drug once mentioned by Donald Trump as a COVID-19 treatment option that has since become hyper-politicized by the Left.

“As you know, hydroxychloroquine has been found to be ineffective against COVID-19,” Judith Persichilli casually added while discussing the evolution of coronavirus standards of care.

Persichilli – who is a nurse by training and not an infectious disease doctor – is likely referring to the FDA’s June decision to end “emergency use” authorization for the controversial drug. Dr. Anthony Fauci has also panned the drug.

A significant number of medical professionals nevertheless continue believe the drug holds potential as a COVID-19 treatment option, either after or even before infection.

Recently, the FDA denied a request by the Detroit-based Henry Ford Health System to continue prescribing the drug to COVID-19 patients. The same health system previously produced a peer-reviewed study – co-authored by an infectious disease doctor and an epidemiologist – alleging that the drug had made a positive impact on COVID-19 death rates.

Some scientists who reject its use treating infections still think the malaria drug may be useful preventing new infections.

The Murphy Administration has previously taken steps to restrict the drug’s use in the Garden State. Persichilli’s own handling of the pandemic in New Jersey has been widely-criticized as incompetent; a series of leaked recordings also seemed to cement prior rumors of a lack of coordination and communication between the Department of Health and the Murphy front office.