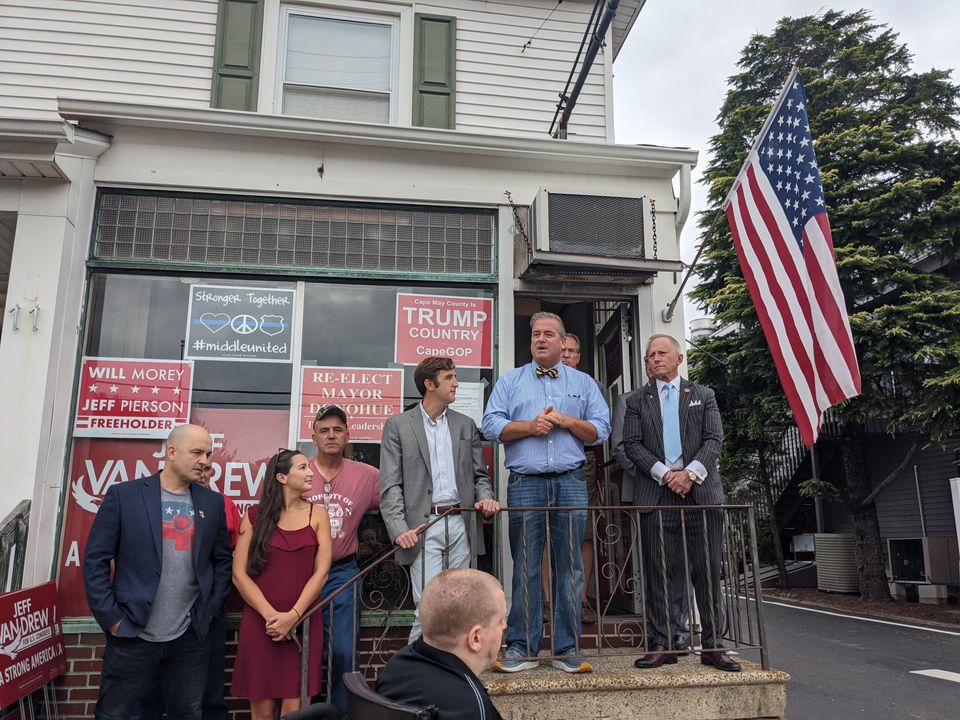 VINELAND, N.J. – So there’s a new Stockton Poll out today, Save Jerseyans, and it shows Jeff Van Drew trailing his Democrat challenger Amy Kennedy by a statistically insignificant 1-point margin: 46%-45%. The margin of error is 3.7-points. Trump is also inside the margin of error; Biden leads him 48% to 45%. It’s a jump ball…

…or is it? Republicans should actually feel pretty good about this. Consider the source.

Stockton’s most recent (and infamous) foray into polling big N.J. races was 2019 when it projected a 14-point landslide win for future state Senator Mike Testa Jr.’s incumbent Democrat opponent. I say “future” because, as you know, Testa ended up winning the seat… by 7-points.

Testa’s LD1 comprises a significant chunk of Van Drew’s NJ-02; Republicans needs to romp in Cape May County and keep it close in Cumberland County to get the Trump-Van Drew ticket across the finish line. It’s full of working class voters who chose Trump after voting for Obama twice; there are also a large number of Hispanic voters who, according to many surveys, may vote for Trump in larger-than-normal numbers. The public/media pollsters have yet to demonstrate that they know how to reach these voters.

Could Stockton’s poll be on the money? Sure!

I’m not Nate Silver. I’m not going to exclude data simply because I don’t like or agree with the pollster’s conclusions or methodology.

I’m simply pointing out that this poll (which predicted a Corzine victory in 2009) has a checkered history and tends to lean left. If I’m Team Van Drew? I feel pretty good about this result.