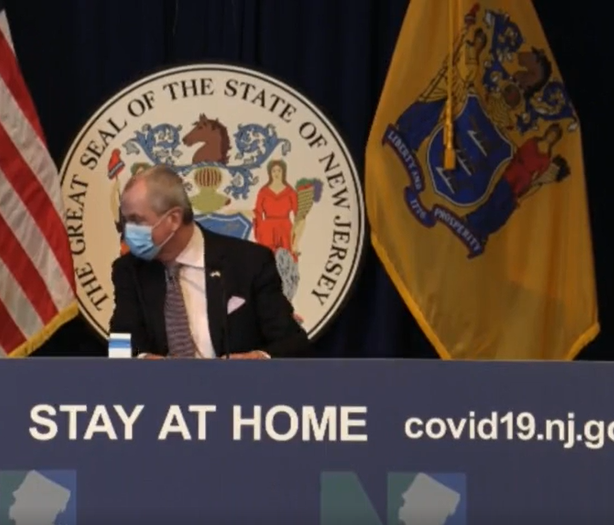 TRENTON, N.J. – New Jersey’s veterans homes have been among the hardest hit places in the country during the COVID-19 pandemic. Now we have more insight into the reasons behind the severity of the outbreaks, and it doesn’t reflect well on the Murphy Administration.

On Tuesday, The Record and NorthJersey.com dropped a bombshell story after having reviewed emails which show masks were not only banned in the early days of the COVID-19 pandemic but the Murphy Administration encouraged veterans home managers to penalize violators, including suspending repeat violators…

“Managers at New Jersey’s veterans homes where more than 190 residents have died from COVID-19 not only barred employees from wearing protective masks during the first weeks of the outbreak, they devised a series of penalties with the help of Gov. Phil Murphy’s office against nurses who wore the homes’ masks without permission.

Emails obtained by The Record and NorthJersey.com show that at least one worker had to return home because management wouldn’t let him wear a mask even though he had a doctor’s note saying he suffered from asthma.

Managers at the Paramus and Menlo Park homes were so opposed to mask-wearing at the start of the pandemic that they pushed back against letting outside vendors and ambulance crews wear them at the veterans homes as they transported residents, the emails show.”

Emails obtained by https://t.co/qXK0mx6Gj1 show that at least one worker had to return home because management wouldn't let him wear a mask even though he had a doctor's note saying he suffered from asthma. 2/5https://t.co/ETzx3o9zJB

By then it was too late.
Within a week a dozen residents were dead.
And 181 would follow in one of the largest death tolls nationally.
“If they had done just the bare minimum, they could have saved lives,” Tony Agosto, CEO of the ambulance company. 5/5https://t.co/ETzx3o9zJB

Today’s report is particularly jarring since Governor Murphy has since emerged as one of America’s leading mask shamers.

The U.S. Department of Justice is already conducting a civil rights probe into deaths at New Jersey’s three veterans homes.

Approximately 200 residents are believed to have died between just two of New Jersey’s three state-run facilities: Paramus and Menlo Park. Governor Murphy quitely sacked the top state veterans officials overseeing the homes on October 16th, months after the death toll rose without action but only one week after the VFW took the rare step of suggesting the Murphy Administration may be engaged in a cover-up.