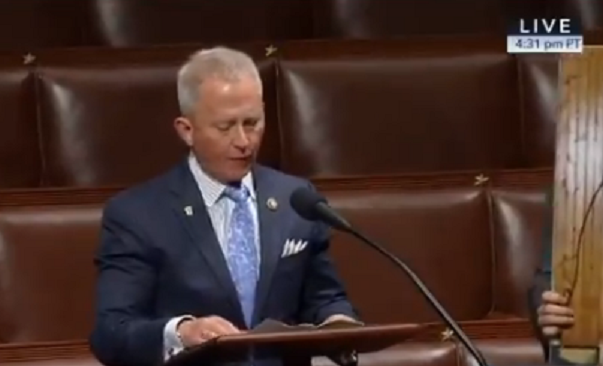 “President Trump is right to be skeptical about this bill,” Van Drew wrote on social media on Tuesday evening, alluding the fact that the stimulus includes $325 billion for businesses (part of which is intended to boost the Paycheck Protection Program). “I was skeptical once the stimulus bill was combined with the government funding bill. For me, the choice was between getting the help to our people and businesses or not. I choose to get people the help provided. It was impossible to separate out government funding from the stimulus bill when voting and Americans need help now.”

“I am willing to come back tomorrow to do this right,” Van Drew added. “I am calling on Nancy Pelosi to bring us back immediately and get this right.”

President Trump tweeted a video late Tuesday night suggesting he might veto the package unless Congress increases the amount of the payments to average Americans.

There was confusion in Republican ranks since Steven Mnuchin, the president’s own treasury secretary, had helped broker the deal, creating an expectation that the president supported the compromise package.