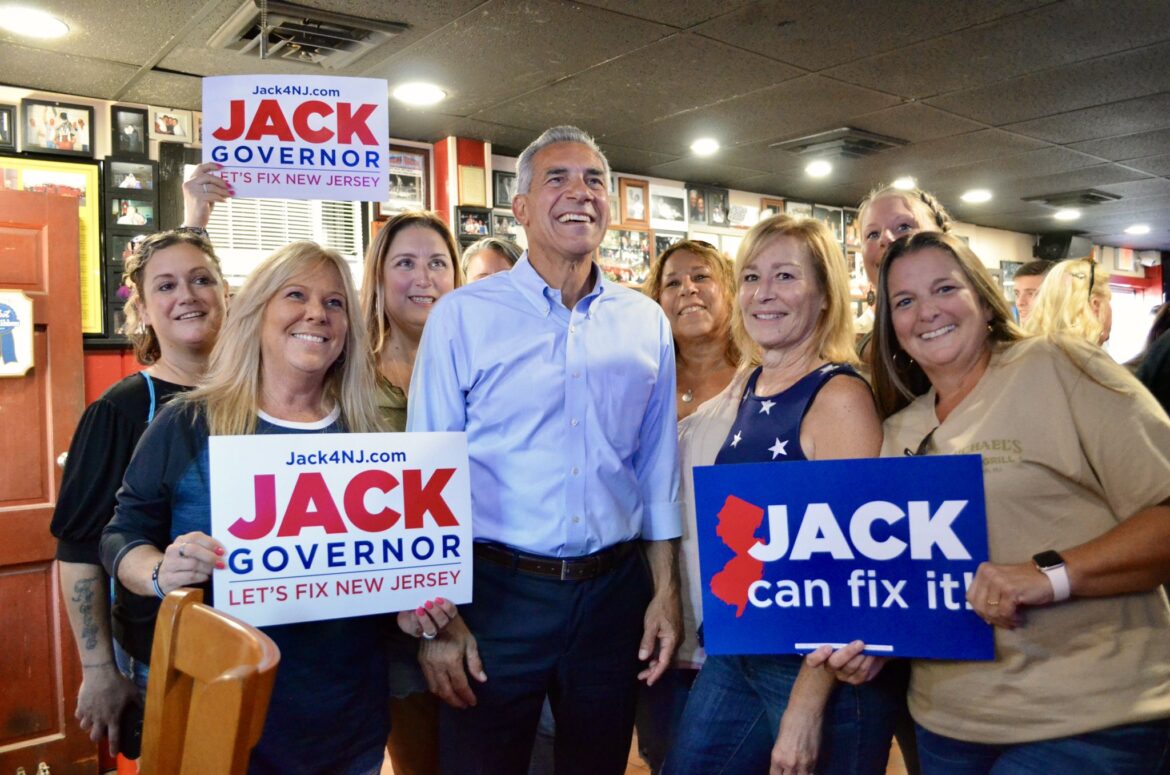 Adam Geller – the former Christie and later Trump pollster who was among the first to foresee the former president’s 2016 Midwestern upsets – thinks this year’s race for New Jersey governor is extremely close halfway through September. In an internal poll produced for the campaign of Republican challenger Jack Ciattarelli, Geller’s firm National Research Inc. pegged Murphy’s lead at a super-slim 3-points, 45% to 42%.

The indicators are mixed. Another recent poll conducted by the conservative Club for Growth found a statically tied race: 46% to 45%, a 1-point Murphy lead.

“Many of the data points above match the recently released public poll conducted by Tony Fabrizio; specifically, the fact that the race is a statistical tie, AND that Jack Ciattarelli leads Governor Murphy among unaffiliated voters,” Geller and his co-author explained in their memorandum, comparing the Club for Growth’s survey to their own. “In addition, note our 9 point advantage among voters who have seen or heard our campaign ads, most notably Governor Murphy in his own words telling New Jerseyans that “if tax rate is your issue…we’re probably not your state.”

Geller added that his internal polling found Ciattarelli down 17 points in April and 12 points in June.

It’s possible national politics is playing a role in Murphy’s alleged polling slide. According to Geller, Biden’s New Jersey job approval position fell from 60% to 34% in February down to 47% to 44% in mid-September following the disaster in Afghanistan and consecutive news cycles of ugly stories for the White House. Biden carried New Jersey by a 16-point margin (57% to 41%) last November.

Internal polls tend to skew favorably towards the campaign that commissioned them (duh) leading mainstream media sources to view them with skepticism, but we now have two reputable pollsters coming up with similar results and that’s noteworthy. Something else worth noting: Phil Murphy loses unaffiliated voters in the handful of polls we’ve seen this cycle (including the FDU and Eagleton surveys conducted back before the summer). Ciattarelli leads unaffiliated voters 45% to 40% in Geller’s poll; for a point of reference, 2017 exit polling showed Murphy carrying indies by 4 points over then-Lieutenant Governor Kim Guadagno. Murphy bested Guadagno by 14-points across all voters. A 9-point swing among unaffiliated voters would suggest a closer race, but given the Democrats’ one million voter registration advantage statewide, Ciattarelli will still likely need a combination of very strong GOP turnout in addition to lukewarm Democrat support for Murphy to prevail.

The only recent public poll – Monmouth, published this August – pinned Murphy’s lead at between 11 points and 16 points depending upon the composition of the electorate.

Monmouth’s August 2017 poll showed Murphy ahead of Guadagno by 27 point while Geller had the race at 9.