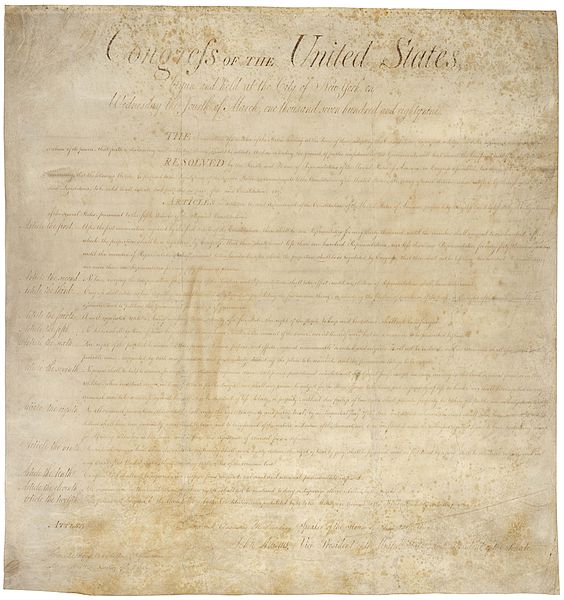 It may be above Phil Murphy’s pay grade, Save Jerseyans, but today marks the 232nd anniversary of New Jersey becoming the FIRST state to ratify the Bill of Right. For those of you who learned American history from the NJEA, that’s the first ten amendments to the U.S. Constitution.

Here’s the relevant history from the New Jersey Department of State:

“On November 20, 1789, New Jersey became the first state to ratify the Bill of Rights – the first ten amendments to the United States Constitution. Of the twelve articles proposed, New Jersey actually approved eleven. The first, relating to how federal representation would be determined based on population, was ratified by New Jersey but not by the required number of states. The second, relating to the salaries of members of Congress, was rejected by New Jersey, but then approved in 1992 as the 27th Amendment. Articles 3 through 12 became the 1st through 10th Amendments, guaranteeing the fundamental rights and freedoms of all American Citizens. A full transcription and image of New Jersey’s original parchment Bill of Rights are provided below.”