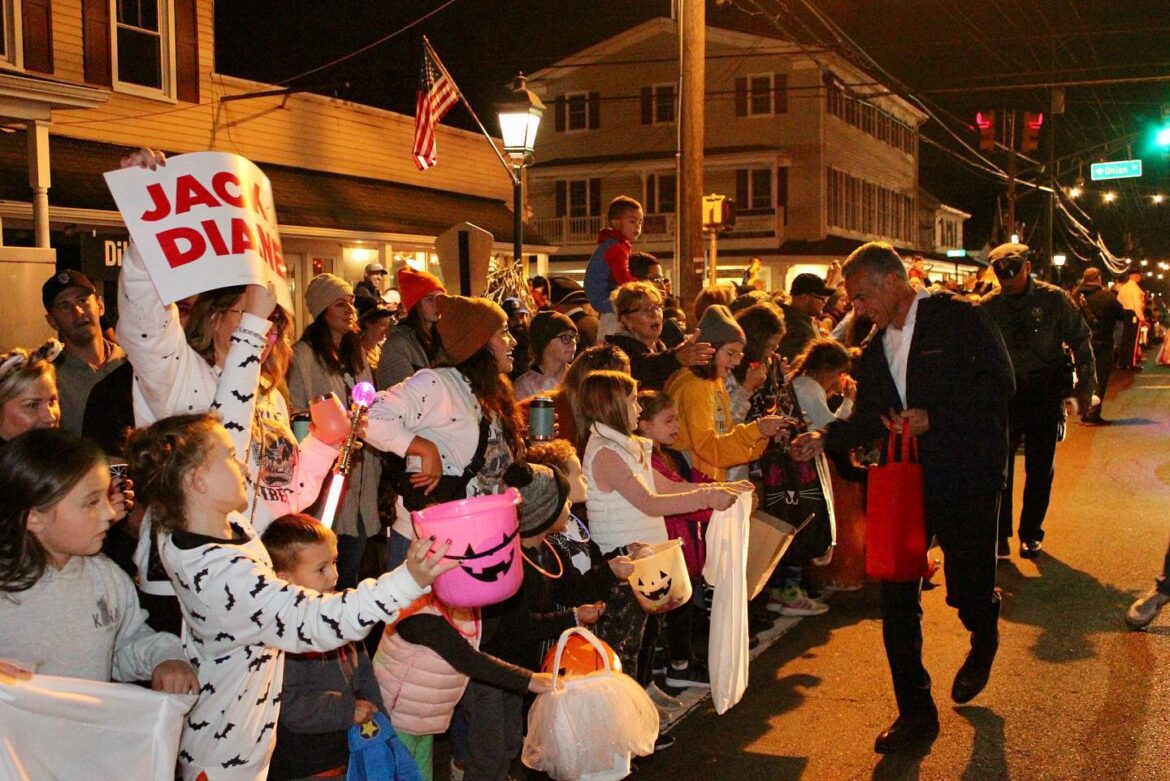 Jack Ciattarelli got a very warm reception in Medford over the weekend despite the chilly evening weather, Save Jerseyans. Meford is a suburban Burlington County community that, like many, has been trending leftward in recent years. Is 2021 an inflection point?

Chris Christie romped here in 2009 and 2013. Then Kim Guadagno carried Medford by only 5-points in 2017 as Phil Murphy won the election in landslide fashion. Then, in 2020, Joe Biden narrowly beat Trump by a little more than 100 votes in a town over 20,000 residents (Biden crushed county-wide in Burlco, once a GOP stronghold).

You wouldn’t have known it during this weekend’s Halloween parade.

There were #LetsGoBrandon chants, and the Republican nominee (who was marching) got a rockstar greeting. A friend of mine who’s been around politics for awhile told me that he had “never seen anything like it before” in a New Jersey gubernatorial election:

So yes, I think Medford – at the heart of the battleground 8th legislative district, where both sides are spending huge money – is going to be one of those places we’re watching this week to see which way New Jersey’s relatively affluent suburbs are leaning in the first major election of the post-Trump era.

I know what some of you are going to say… so you don’t need to say it! Everyone is citing anecdotes to predict possible outcomes in the final hours of a major campaign. 2021 is no different. It’s what we all do. No, parade pops aren’t scientific.

Still, the greetings Jack seems to be finding around the state clearly underscore an enthusiasm gap between Republicans and Democrats this fall as Joe Biden’s job approval rating goes underwater in the Garden State for the first time. The data shows it (even as the pollsters try to spin it).

Those same public polls predict a comfortable Murphy victory at the end of Election Night.

You wouldn’t know it in Medford.