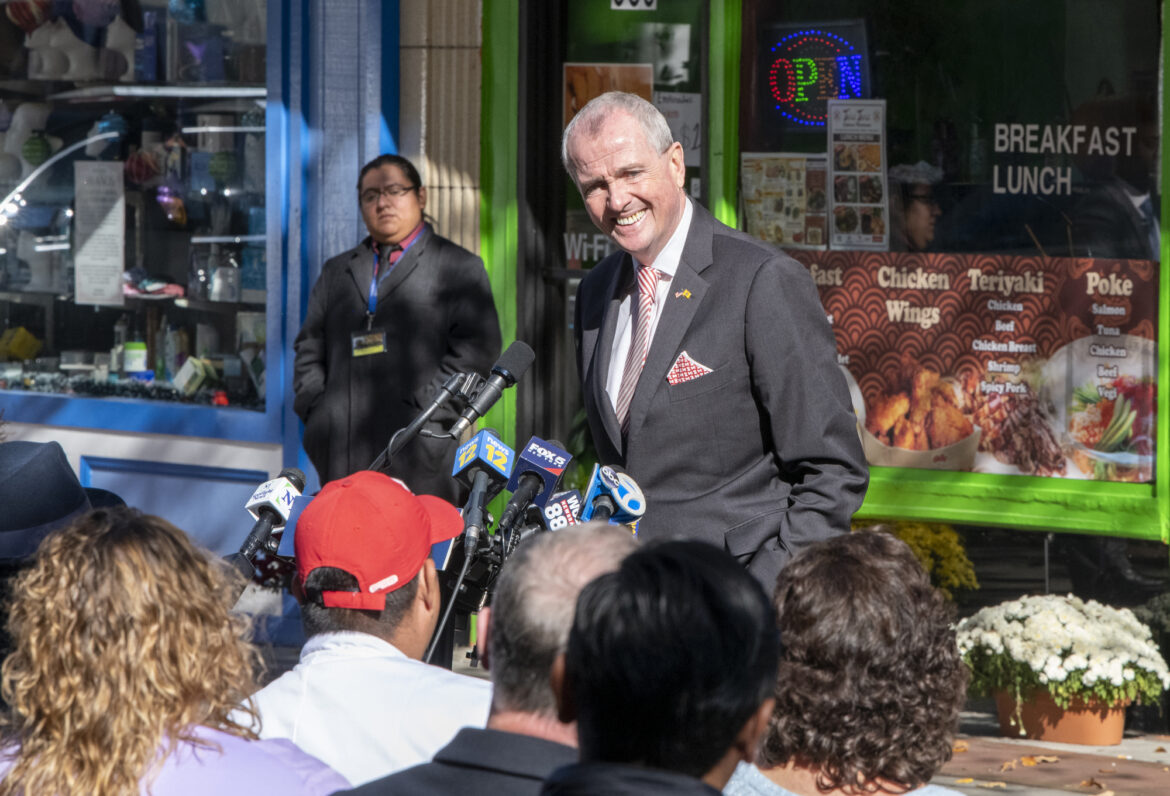 New reports of fresh Covid-19 outbreaks in N.J.-run veterans homes and the possibility of Medicare and Medicaid cuts due to continued Murphy Administration mismanagement moved all 16 GOP state senators to issue a fresh demand (click here) for a legislative probe on Tuesday.

Democrats killed a bipartisan measure to initiate an investigative committee earlier this year.

“In addition to ignoring our many requests, we note with dismay that the Majority has actively blocked our efforts to bring resolutions for a vote to form an investigative committee,” lamented the senators. “As a result of the Majority’s repeated refusal to act – either on our proposals or any other – serious problems in our veterans homes remain unresolved.”

New Jersey’s branch of the VFW recently issued its own call for a formal probe. There is also a pending federal civil rights probe which, as of this writing, remains open despite similar investigations in other states having been long since closed out. Nursing home deaths are likely to figure into New Jersey’s Election 2023 when, for the first time in two decades, race watchers believe control of the State Senate could be on the line.

The full text is posted below:

We are writing to request, yet again, that the Senate convene a special legislative committee with subpoena power to investigate continuing failures at State-run veterans homes. As you are surely aware, Senate Republicans have made dozens of attempts to convince the Democratic Majority since May of 2020 to join us in a bipartisan effort to investigate and identify solutions for the systemic and operational failures that contributed to hundreds of unnecessary deaths of veterans home residents.

In addition to ignoring our many requests, we note with dismay that the Majority has actively blocked our efforts to bring resolutions for a vote to form an investigative committee. As a result of the Majority’s repeated refusal to act – either on our proposals or any other – serious problems in our veterans homes remain unresolved.

Recent reports have highlighted how new outbreaks have resulted in the additional loss of life that might have been prevented. Additionally, our veterans homes are now at risk of losing federal Medicare and Medicaid funding that is critical to their operations. The simple fact is the Legislature has done next to nothing to improve protections for veterans home residents, and it hasn’t worked.

Further, the “postmortem” that has long been promised by Governor Murphy to review his administration’s pandemic response does not appear to be forthcoming, nor can we trust that a self-critique would be honest, probing, or effective.

Therefore, we call on the Majority to join us in supporting the passage of Senate Resolution 32, which would constitute the “Senate Select Committee on the Executive Branch’s Response to the COVID-19 Pandemic.”

We note that the Majority blocked consideration of the prior version of this resolution, SR-68, on five separate occasions during the 2020-2021 legislative session. Each and every attempt by Senate Republicans to move the resolution for a vote was tabled by Democrats. As recent reports have demonstrated, that stonewalling has not served the interests of vulnerable veterans home residents who still lack the protections they deserve.

It is likely we could learn much to guide our reform efforts with even a minimal commitment of time, staff, and legislative resources to support a special committee.

For example, SR-32’s provision of subpoena power would allow us to compel the administration to produce documents that have been denied to the public, legislators, and the press under the Open Public Records Act. Based on references in other documents that have been produced and publicly reported, it seems quite likely that unreleased memos, emails, and letters traded between the three veterans homes, the Murphy administration, and the Governor’s Office would prove revelatory.

Additionally, it appears almost certain that the whistleblowers and insiders who first raised the alarm about the tragedies they witnessed in our veterans homes have more to say. We should provide them the opportunity to share their stories and advise on suggested reforms.

The existence of investigations by other authorities should not serve as an excuse for continued inaction by the Senate. Those investigations are likely focused on identifying criminal and civil rights violations for prosecution and enforcement actions, not on improving State policies regarding the management and oversight of these facilities, which would be our goal.

We hope you will agree that we have a responsibility to use the powers afforded us by the New Jersey Constitution to perform an independent legislative investigation to improve protections for the residents of our State-run veterans homes. We urge you to join us in supporting the passage of SR-32 and this extremely important endeavor.