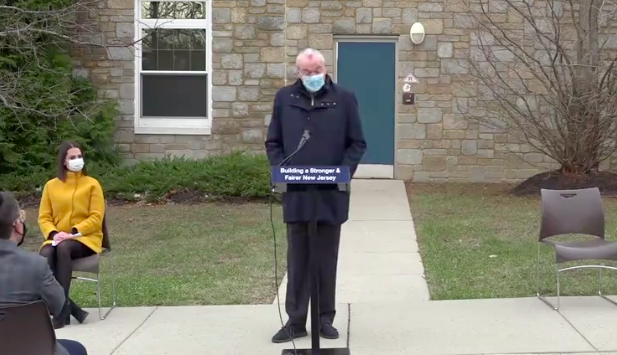 How often is a self review ever honest?

Government is no exception to the rule, Save Jerseyans, and so anyone expecting a fully transparent and candid assessment of the Murphy Administration’s Covid-19 response is drunk, or stupid, or maybe a little of both. It happens. In case you missed it, Murphy announced the beginning of a review on Monday; he’s hired a well-known law firm to lead it up, but we’re being told to not expect an actual report until “late 2023.”

Next year, New Jersey is one of only two U.S. states (the other being Virginia) to host odd-year elections for state office. The entire New Jersey legislature (40 senators and 80 assemblymen) is on the ballot in 2023. The Democrat majority in both houses – especially the State Senate – is potentially in play for the first time in two decades thanks to a potentially favorable GOP environment and a new map which made a couple of battleground districts less blue. Meanwhile, having rubber stamped Phil Murphy’s disastrous Covid-19 policies for over two years, the Democrat legislature has repeatedly refused to convene a special committee to investigate the matter. Even a bipartisan proposal was tabled.

“My Democrat colleagues have consistently turned a blind eye to efforts to get to the bottom of issues that plagued our veterans homes and resulted in hundreds of unnecessary deaths since the start of the pandemic,” said State Senator Joe Pennacchio (R-26) on Monday. Pennacchio was the GOP sponsor of the bipartisan legislation to initiate a legislature-led probe.

“The VFW has had encouraging meetings with Senators Cryan and Vitale, along with Assemblywoman Tucker of the Assembly Military and Veterans Affairs Committee. As the VFW has presented, the Governor has an opportunity to utilize a U.S. Veterans Administration capital improvement grant that will cover 65% of the costs to improve the infrastructure of the homes to aid in infection control,” Jay Boxwell, New Jersey State Commander of the VFW, explained in a Sunday release on the eve of the review announcement. “We call on the Legislature to do what the Executive Branch won’t do, protect our veterans.” For context, you need to know that Murphy had announced the previous week that he was dispatching a “mission critical team” to the Menlo Park state-run veteran facility after a damaging report was released revealing that dangerous conditions remained there over 2 1/2 years after the pandemic began.

You probably get where I’m going with this.

The initial report will likely drop around this point on the calendar next year… days or weeks after the legislative elections are safely over. Engandered Democrat incumbents will be able to complain “why are Republicans politicizing this?” on the campaign trail while pointing the existence of an administration review. They won’t have to deal with any damaging information revealed in a report until after voters’ ballots are cast and tabulated.

Something else will be well underway in late 2023… a 2024 presidential cycle. If Joe Biden doesn’t seek reelection, Phil Murphy may be one of the names seeking the Democrat nomination. He’ll anticipate public criticism of his horrible Covid-19 record which includes systemic ongoing problems at state-run nursing homes, one-third of small businesses destroyed by his policies in the early days of the pandemic, and lockdowns that sent thousands of New Jersey kids into a tailspin. Murphy wants a report to absolve him of criticism, and he’s using taxpayer dollars to buy one from a fancy law firm.

He’s self-editing his own record. This is the multi-million dollar, high stakes version of fixing one’s own wikipedia page to remove potentially embarrassing content.

Expect to find politics all over the forthcoming report, folks. Not candor.

MATT ROONEY is SaveJersey.com’s founder and editor-in-chief, a practicing New Jersey attorney, and host of ‘The Matt Rooney Show’ on 1210 WPHT every Sunday from 7-10PM EST.