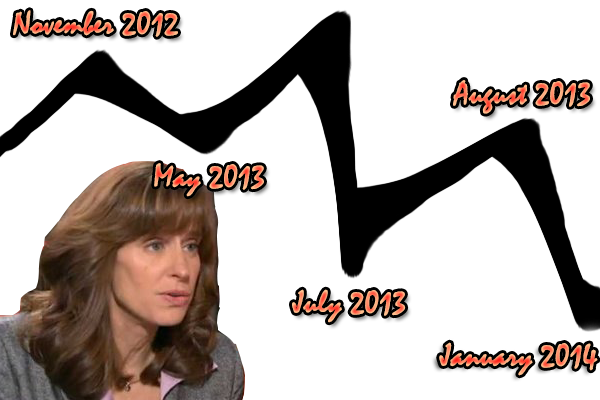 Having trouble keeping track of the Bridgegate sideshow going on in Hoboken, Save Jerseyans?

Fear not; we’ve put together a streamlined timeline for you to consult/post/share and, once you’ve reviewed it from beginning to end, I don’t think you’ll conclude that the chronology is flattering for Hoboken’s Mayor: 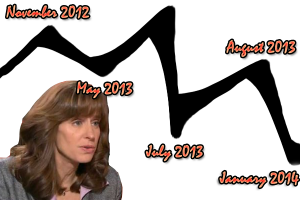 Mayor Dawn Zimmer is only one year into her new job when she decides to endorse the Governor’s property tax cap. She’s backed other major initiatives since then.

Hurricane Sandy strikes New Jersey and floods much of Hoboken.

Over the next year and change, Zimmer repeatedly — both online and in the real world, too — praises Chris Christie for his Sandy aftermath assistance without qualification: 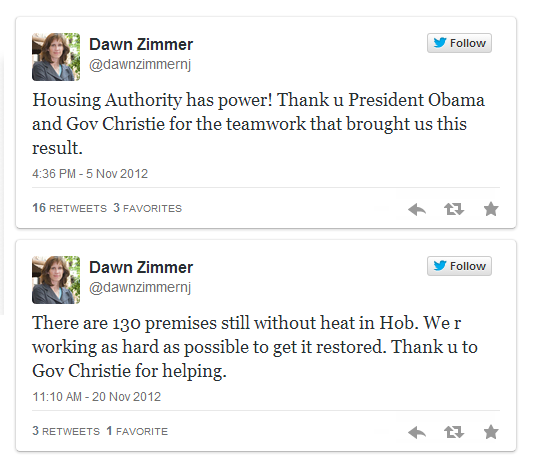 Lt. Governor Kim Guadagno visits Hoboken and, according to Mayor Dawn Zimmer, allegedly tells the mayor that Governor Chris Christie is tying Sandy aid decisions to her cooperation with moving along a multi-million dollar development project, a charge which Guadagno later vehemently denied.

Here’s the journal entry allegedly authored by Zimmer in May 2013 describing the incident: 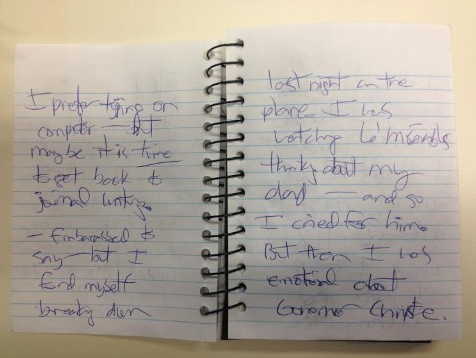 MEANWHILE, as our friend Art over at MMM pointed out (and our own Joe Sinagra also recently outlined), Sandy aid… largely controlled by the feds and other agencies/layers of government outside of the Christie Administration… continued flowing into Hoboken:

“Hoboken’s clean up and repair money would not have been administered by the Christie Administration.  That money comes directly from FEMA.  Hoboken was approved for almost $6 million from FEMA last May, according to a report in HobokenPatch.   The $127 million in requests that Zimmer referred to on Up with Steve Kornacki is for Hazard Mitigation, that would be administered through the Hudson County Executive and Board of Freeholders, and new projects that would be considered by EDA.”

Zimmer is deposed for an unrelated lawsuit and she is asked, among other things, the following question: “When you have meetings regarding day-to-day activities involving Hoboken business with your department heads, do you memorialize any of the conversation that takes place yourself?” by attorney Zayas. She responded, “No, I don’t transcribe it.”

The deposing attorney followed up by asking whether she wrote “notes in a calendar or some sort of memo pad that says follow up on a text or this was said during this meeting; anything that would help you recall what was said during the course of the meeting?”

Zimmer is still praising the Governor in glowing terms months after the alleged shake-down: 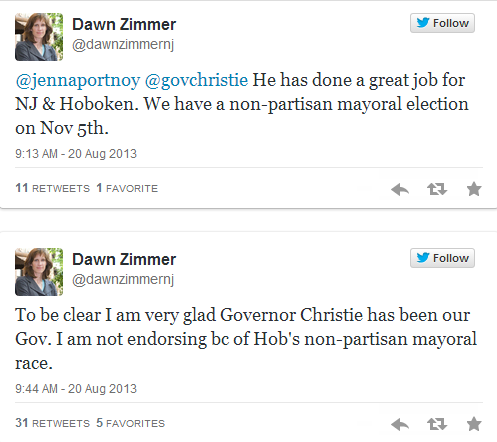 Zimmer remains silent on the topic of her alleged “shake down” by Lt. Governor Guadagno as indicated above.

CNN’s Candy Crowley (no conservative by any stretch of the imagination) would later confront Zimmer regarding her behavior: “…we have seen since this happened in May, which you recorded in your diary, we have seen you compliment the mayor, we have seen you several months later say in a tweet, ‘I’m so glad that Chris Christie is our governor. So can you square that for me? Because as you know, coming at this point, what the Chris Christie office says is this is just politics? Why can this not be seen through a political lens?”

A regional NJ/NY Port Authority gets much bigger when an email dump tied to legislative subpoenas results in the sacking of two key Christie lieutenants: Deputy COS Bridget Kelly and campaign manager Bill Stepien. Reporters from all over begin trolling New Jersey towns for more evidence of Christie bullying behavior…

After the Bridgegate story goes national and the media feeding frenzy begins in full force, Dawn Zimmer is interviewed by Sarah Gonzalez of WYNC and blames a purported loss of Sandy aid for Hoboken (Huh? See May 2013 note above) on her failure to endorse Chris Christie’s reelection.

Steve Kornacki of MSNBC turns heads when he speculates that a politically-connected development deal may’ve played into the Bridgegate political retribution scandal calculus.

Zimmer visits MSNBC’s UP with Steve Kornacki and drops her bombshell allegations for the first time… changing her story from eight days earlier and discarding the retaliation endorsement motive for a development-related tale… hmm… I wonder where she got that idea?

Zimmer stops talking to the press or commenting publicly on her prior allegations, telling media that the U.S. Attorney’s office told her to clam up. It’s also reported that she turned over a diary (Huh? See our July 2013 note above) to the U.S. Attorney allegedly describing her May 2013 meeting with the Lt. Governor.

The AP reports what we’ve all been saying: Sandy aid in Hoboken was consistent or “on par” with what other communities received, noting, for example, how “Hoboken’s $200,000 grant [to hire experts for the development of long-term recovery plans] was the fourth-highest allocation among the 35 local governments in the program.”

15 thoughts on “The Zimmer Fibber Timeline”