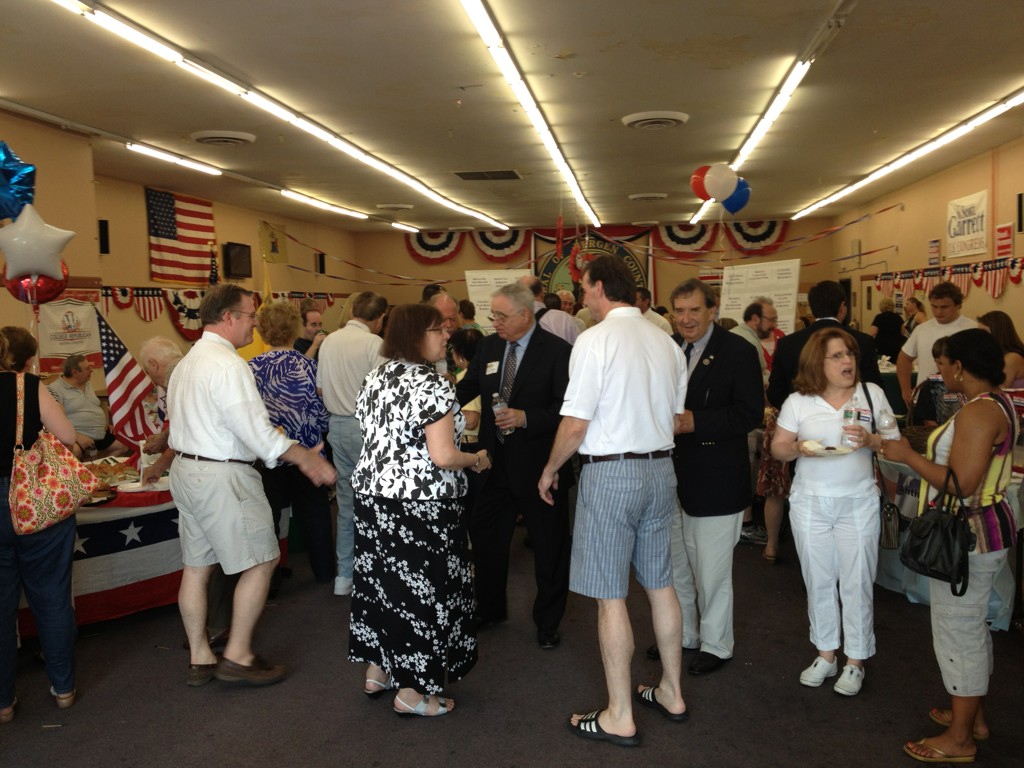 It’s a MUCH more subdued atmosphere tonight at the BCRO Hall in Hackensack, Save Jerseyans.

That’s because we’re down to the wire in the increasingly nasty, twisting and turning war between the Yudin Camp and Team Rottino. Tonight’s run-off vote likely won’t cure the fissures that plague the BCRO. It will, however, have a profound effect on county and statewide politics both in 2012 and 2013.

Our own James Beattie (R-Bergenfield) is once again on site for Save Jersey as Bergen County GOP committee members decide whether to grant Chairman Bob Yudin another term as their chairman.