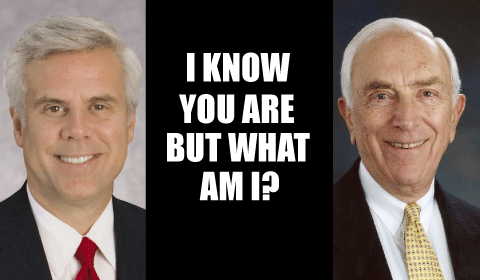 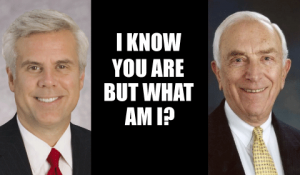 If one thing has always amazed me about politics in New Jersey, it is that you can always count on the respective parties to exert more energy on intra-party guerrilla warfare than they do on actual campaigns against each other.

We see this on the GOP side for sure all of the time, exhibit A ending just last night up in Bergen County. Well now the Democrats are at it, and it seems that people like me and the rest of the anti-merger crowd are standing to benefit from their internal squabbling . . .

According to PolitickerNJ, a group of North Jersey Democrats have signed a letter and sent it to Speaker Sheila Oliver putting her notice that they will not be supporting any proposed budget this year unless and until the Rut-Row merger bill vote is pushed back until after this November’s election. Reportedly, there are ten Democrats total that have signed on to this protest, and that is enough to stop the Democrats from passing their own budget proposal.

The cast of characters in on this deal include the likes of  Annette Quijano, John McKeon, Jason O’Donnell, Valerie Huttle, Connie Wagner, Tim Eustace, Linda Stender, Mila Jasey, and of course, Joe Cryan, who seemed quite out of place at a merger press conference down in Camden earlier this year to support Frank Lautenberg in his quest to derail the plan (that has gone noticeably silent lately). It may or may not have been Cryan’s first trip below I-195, apparently he did find his way back.

The letter reportedly indicates that the Assembly members are concerned about three primary issues in the Rut-Row plan, most of which I am also concerned about.

These are legitimate concerns and the idea that a bill like this would go through without addressing them is nothing short of asinine.

This party split was nothing if not predictable. North Jersey Democrats and the South Jersey Machine bicker over everything, that is just a fact of life in New Jersey. When Frank Lautenberg first burst into this issue back in the spring, everyone should have known then that this was coming. The Northerners want to put up roadblocks for George Norcross as often as many Republicans do. This is the game and how it’s played. But will it work?

Yes and no. I have said for months that this bill is not going to pass before July 1, the supposed deadline that all the proponents have been trying to stick to. I still believe that it will not pass before that date, certainly not in both houses. Sheila Oliver was doubtful that there would even be a vote on the bill in the Assembly this month just a few weeks ago. So yes, the bill will likely be delayed. However, it probably would have been delayed anyway.

I say that this move will not work because I do not believe that the bill will be delayed as far back as November, which seems like a truly arbitrary deadline anyway. It is not as though there is a state level election this year that legislators need to worry about. In all honestly, the longer they wait, the more politically damaging their votes on this bill are going to be.

Instead, I think the bill will be delayed a few weeks at best. However, that may be enough time to get some answers, and that is what matters here. When we finally know the costs, how far will support drop then? At this point the bill is being supported by Norcross Democrats, Governor Christie himself, and all of their staffers (note to staffers: plenty of room for you over here on the anti-merger team). Can legislator’s really afford to endorse this half-baked plan once it is fully baked and we know what is in it? Hopefully these ten Dems get their way and we can find out.

4 thoughts on “Save Rutgers: North Jersey Dems Will Derail Rut-Row Plan (For Now)”