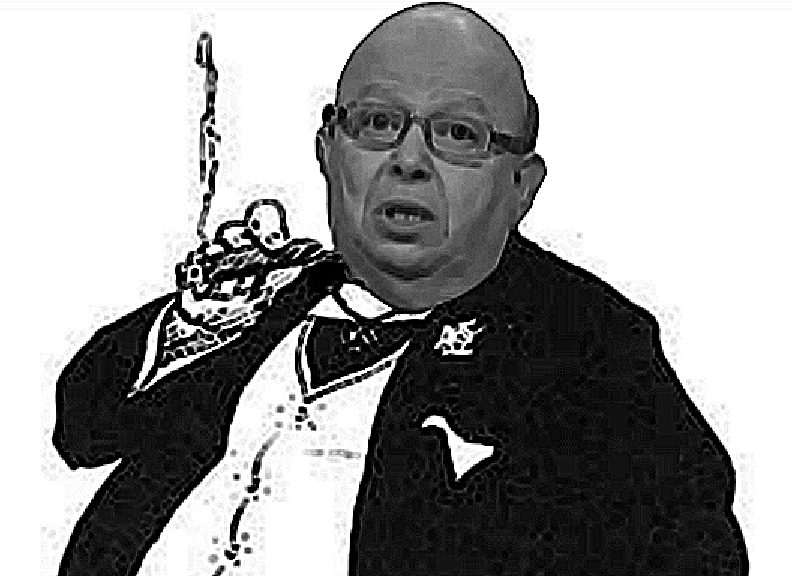 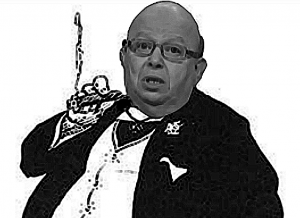 One of our favorite Garden State public sector personalities is leaving the political scene, Save Jerseyans. We’re not expecting an invite to farewell happy hour.

Vincent Giordano (depicted in one of our favorite caricatures featured on your right) is reportedly retiring from his role as executive director of the New Jersey Education Association (NJEA); he’ll be replaced by a current NJEA management team member, Edward Richardson.

Long-time readers will recall that Giordano is the guy who earned $326,000 (roughly twice Chris Christie’s annual salary) at his NJEA post in 2009 while simultaneously telling low income children languishing in failing city schools that “life’s not always fair” during a TV interview, a remarkably callous (but probably honest) remark which also led to Governor Christie’s call for his resignation.

Plenty of Dems joined the critical chorus, too. They did have a little history; Christie had previously replaced Giordano on the Civil Service Commission after his lame duck appointment by another middle class hero, Jon Corzine. Public unions pay for their seats at the New Jersey Democrat establishment’s table: ELEC recorded $11.3 million in NJEA spending for 2011, a year in which the union posted approximately $130 million from collected union dues.

And the public school system is still supposedly “underfunded,” folks? I wonder where the hell the money went! God knows it’s not going to the average public school teacher earning somewhere between $45,000 to $65,000. We could’ve hired six teachers with the union dues financing one man’s salary.

Yes, Mr. Giordano will certainly be missed… kind of like a stone cast out of the shoes of every property taxpayer.

But I’ll say this: the man is on message right up until the bitter end. “Ed Richardson brings an impressive and diverse set of skills to this demanding position,” said Giordano by way of a NJEA press release announcing his departure. “NJEA members know he will work closely with our elected leaders and staff to represent them well, and to advocate for their interests in a time of great change in public education.”

Right. Their interests. Spoken like a true fat cat! A species of felis catus which is thankfully on the decline thanks to Chris Christie.

34 thoughts on “A Fat Cat’s Farewell”