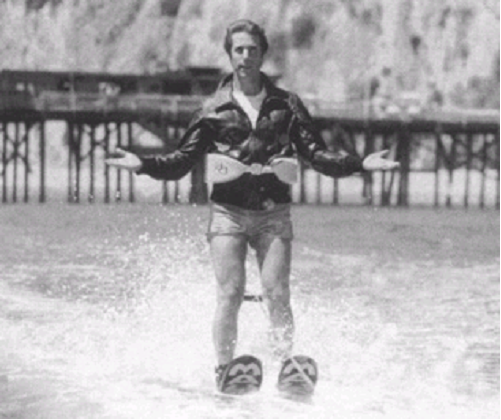 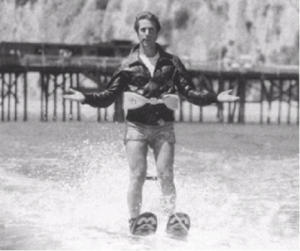 Is it possible that the Dems are going overboard (or over the bridge? if you’ll forgive the bad pun) by jumping the shark too soon to hang a bridge scandal on Governor Chris Christie, Save Jerseyans?

There’s a good chance of it notwithstanding grim public polling in the immediate aftermath. After all does the guy in Bogalusa, Louisiana really care about a traffic jam on the George Washington Bridge in Fort Lee, New Jersey? Even if it does reinforce a “bullying” stereotype, will it really change anyone’s vote?

My educated guess: by 2016, Christie is likely to still be major contender to succeed Barack Obama, and it could be thanks to (not in spite of) the likes of Assemblyman John “the Wiz” Wisniewski and Frank “the Fibber” Pallone…

2016 is a long way off and polls will change; we shouldn’t minimize the need for Chris Christie to walk a fine line between now and then. What matters is that he’s smart enough to appreciate the need and execute a plan.

Democrats fearing that Governor Christie could win the White House in 2016 won’t heed my warning above and will leave no stone unturned in trying to push Christie off his surfboard.

Witch hunts sometime leave the witches in better shape than the hunters. Campaign ad, diner stops and all of the wealthy donors from both sides of the aisle combined couldn’t give Chris Christie the media attention – and name recognition, that he’ll have post-Bridgegate. If Christie wasn’t known before (and there were already precious few who hadn’t heard his name), with all the publicity surrounding the lane closures, his name is now as universally known nationwide as “Clinton,” “Bush” or “Obama.”

Pouring so much time and energy into discrediting Christie in the Court of public opinion is a very risky move.

Should Christie get past the bridge issue unscathed, he will be a top pick for the GOP since his name recognition as a tough and likable governor in one of the key states in the country will be in the forefront. If they do not find the smoking gun they are looking for, they just may have helped elect the next President of the United States by immunizing him against future character attacks.

Meanwhile, as Christie deals with reality in New Jersey, Hillary will continue to evade fictitious Bosnian sniper fire. What will matter is how she and her former boss, Mr. Obama, measure up to Governor Christie when undecided voters perform a contrast analysis.

If there are no hard facts after the bridge fiasco to link the Governor with having a hand in what transpired, by showing his resolve to deal with controversy and still do his job, Christie may come out of this stronger than the storm.

45 thoughts on “Bridgegate Jumps the Shark?”