And Then There Were Three… 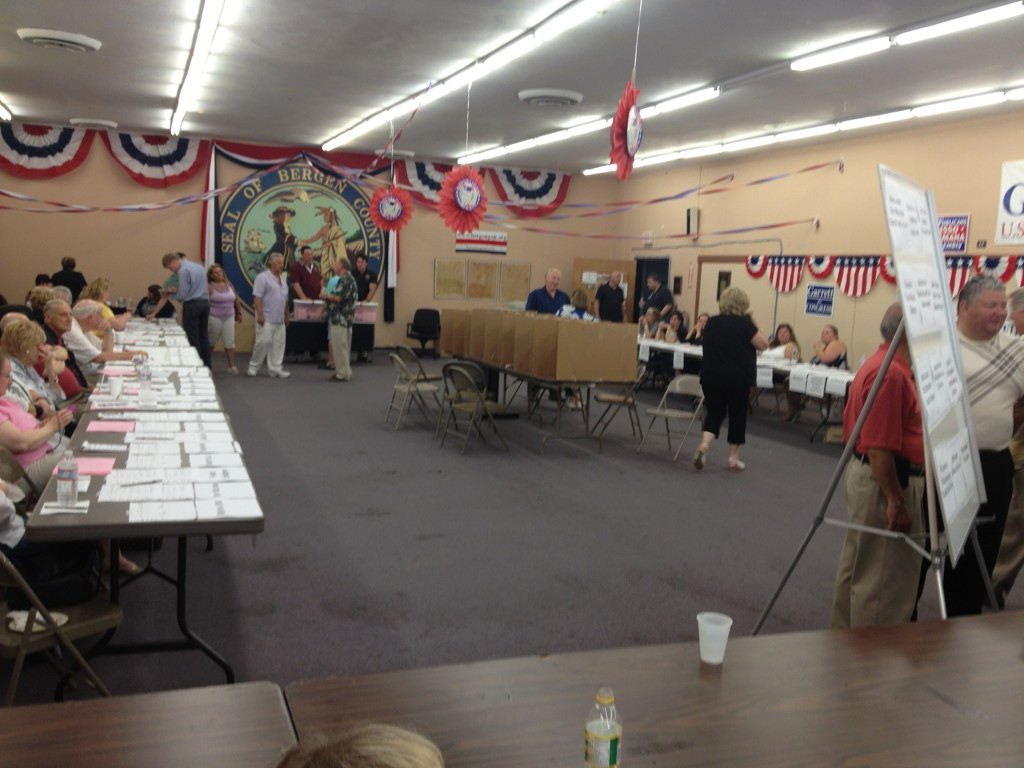 BY THE STAFF | THE SAVE JERSEY BLOG

There is plenty on the line ahead of Thursday’s convention at the BCRO headquarters in Hackensack, Save Jerseyans.

Last week ended a double header of sorts for BCRO candidates including a Candidates Night and the Policy Committee meeting. One candidate is now out; three remain. An active councilwoman, a reserved attorney, and a college professor who supported Barack Obama in 2012…

Freeholder Candidates Bob Avery and Diedre Paul won a majority of participating policy committee support last week. Recent developments and the departure of Brian Fitzhenry, however, has created a competitive free-for-all down the stretch.

Save Jersey had already spoken to Bernadette Walsh and Brian Fitzhenry.

Candidate Bob Avery is one of two remaining candidates (the other being Walsh) who is now being endorsed by the main strength of the Fitzhenry-affiliated LD36 organization. He’s a respected local attorney with a strong record of local Republican activity who is aggressively working county committee members for their support. He’s also a well-spoken conservative and, again, appears to be extremely focused on the convention, but he has not embraced popular social media outlets to inform the county electorate writ-large about his campaign platform.

We’re hoping he’ll engage social media should he advance to the general election when the pool of targeted voters is simply too big for personal diplomacy alone to win the day! Getting NJ GOP candidates over 40-ish to change its thinking on this matter is an ongoing project of Save Jersey. It’s not an easy fight but we make a little more progress every day…

The other policy committee victor, Diedre Paul, is an objectively energetic and intelligent candidate who seems more than willing to speak her mind; however, Paul’s very recent conversion to the Republican Party is something which committee members are weighing heading into Wednesday evening.

Dr. Paul is the former Democratic municipal chairman of Englewood, a current professor of education at Montclair State University and, at least up through early 2013, an unapologetically vocal advocate for Democrat candidates and elected officials on social media as demonstrated via public Facebook posts expressing her support for Assembly speaker Sheila Oliver, state senator Loretta Weinberg and yes, even President Barack Obama.

Here’s a small sample of her publicly-shared pro-Dem Facebook posts:

Save Jersey attempted to obtain a response from Dr. Paul’s as to the reason for her apparent decision to switch allegiances to the GOP, as well as her general vision for Bergen County, but we were unsuccessful.

She did ultimately stand as an unsuccessful Republican candidate in LD37 last fall and she stood by Governor Christie’s more controversial vetoes when interviewed by NorthJersey.com. Whether she still supports President Obama and high-ranking Democrat legislators remains a mystery to us.

Nevertheless, her near-in-time affiliation with the Democratic Party and its less-popular names among base Republicans certainly makes her an interesting candidate if nothing else and, if her late-in-life conversion is truly genuine (Reagan was a Democrat into his 50s, right?) then she could certainly prove a potent force in the general election. We can confirm that she’s already won over many Republicans within Bergen County as she moves from town to town visiting local municipal committees as evidenced by her success with the policy committee. But is it enough?

Where exactly this race stands today with three candidates is an open question. Everyone has a different theory. Rumors are also flying as to where Chairman Yudin and County Executive Donovan’s allegiances lie in relation to the candidates, too. The next 48 hours leading up to the convention are undoubtedly critical as all three hopefuls attempt to whip the votes needed from the county committee to secure their county’s party line in June’s primary election, a distinction which proves almost universally decisive in low-turnout contests.

Could the results reopen old wounds between the Yudin and Donovan factions? We sure hope not.

There’s far too much on the line.

As always, Save Jersey wishes the BCRO our sincere best in its selection of the right candidates, whomever the committee members feel those persons might be, to carry its banner from Thursday’s big convention right through November.

Stay tuned for the results of the convention… and, of course, any other 11th hour updates if they become available…

45 thoughts on “And Then There Were Three…”