Another Lovefestivus for Rand and Cory 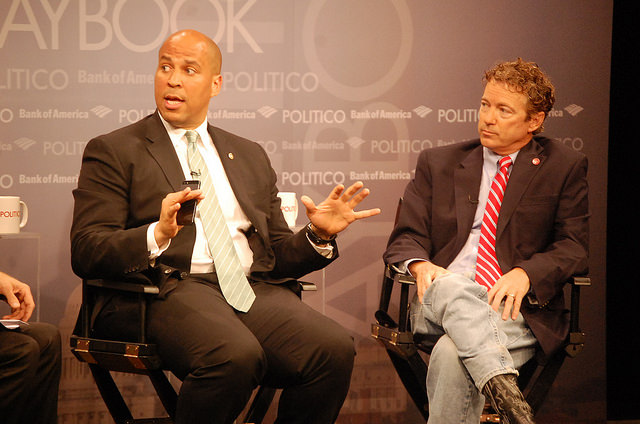 For the second year in a row, Save Jerseyans, Rand Paul (R-KY) and Cory Booker (D-Twitter) callously exploited the holy sanctity of that most revered of all American holidays – Festivus – all in order to remind us that they’re post-partisan figures.

Last year in the spirit of #Festivus, I reached out to @CoryBooker complaining he didn’t RT me enough. He still doesn’t by the way. But…

Rand, in honor of #Festivus, here’s to u & I with our colleagues showing a true feat of strength & passing crim justice reform. @SenRandPaul

Look: if you want to help us advance the cause of liberty here in New Jersey, Senator Paul, thne please go ahead and tweet the U.S. Senate Select Committee on Ethics about Watershedgate.

Festivus is reserved for genuine grievances. There’s no shortage of material where the former Mayor of Newark is concerned.

Otherwise go ahead leave Festivus to the rest of us next year!