EXCLUSIVE: Menendez indicted on 150 counts of “not shutting the f&#% up” 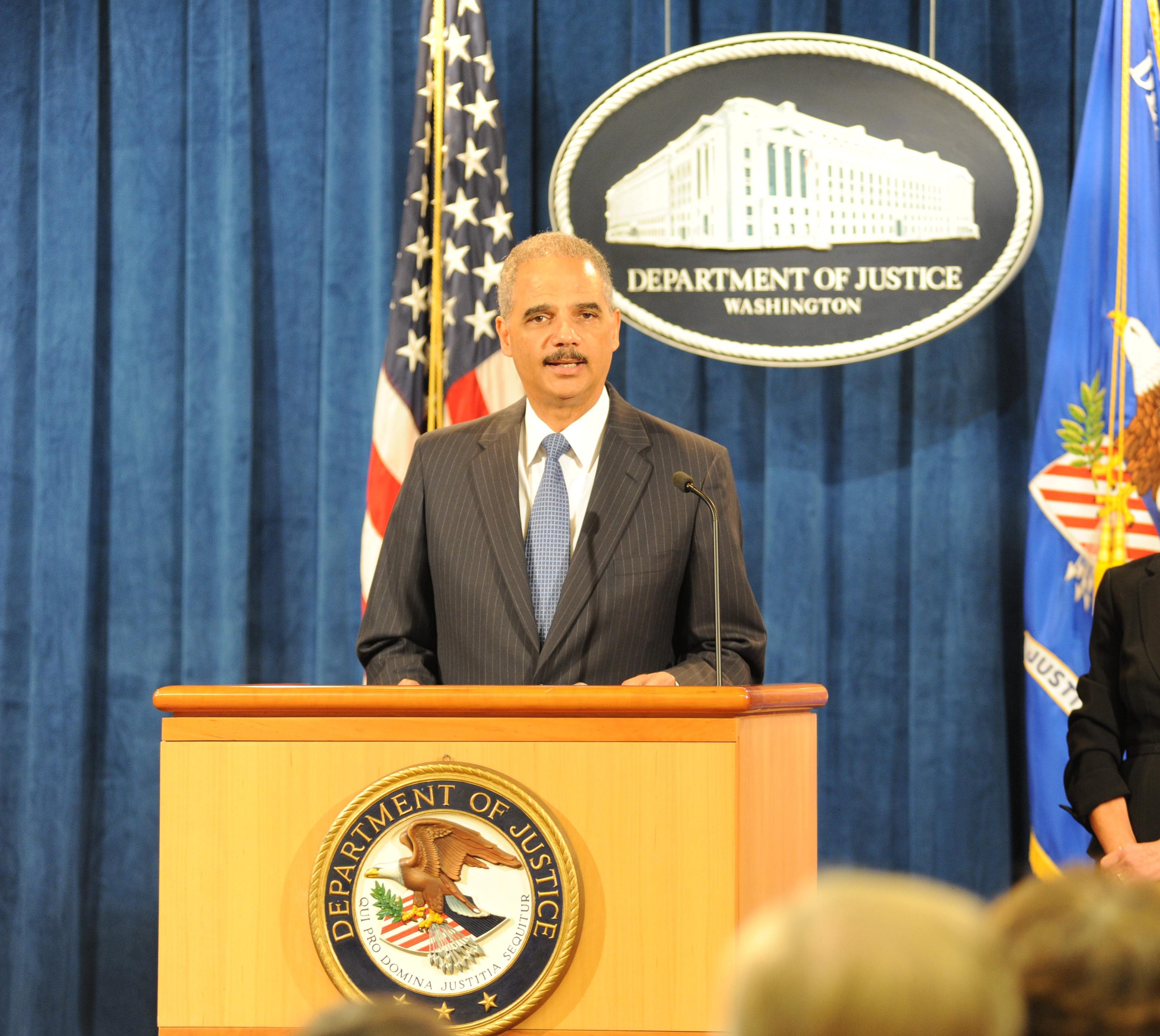 After weeks of intense speculation, Save Jerseyans, the Department of Justice is finally rolling out an unprecedented 150-count indictment of U.S. Senator Robert “Bob” Menendez (D-New Jersey).

“Over the past two years, evidence has been compiled which definitively proves, we believe, that Senator Menendez repeatedly undermined the safety and security of the United States of America,” a visibly irritated U.S. Attorney General Eric Holder explained, further noting that it was one of the most frustrating days of his soon-to-be-concluded tenure as our country’s top law enforcement official. “Mind you, all of this could have been avoided had Bob simply shut his stupid f%$&$ing mouth and toed the party line. Like we discussed a million f%$&$ing times.”

Today’s indictment had been expected for weeks. Menendez, a consistent critic of President Barack Obama’s policies towards Israel, Russia, Iran, and other foreign governments, repeatedly proclaimed his innocence ahead of the indictment as well as his intention to fight all charges at trial if need be. From the podium, Holder appeared unphased by widespread criticism of a possible political motivation behind the charges, specifically, sidelining Menendez as nuclear negotiations with Iran reach a critical stage.

“Didn’t thought criminals everywhere learn anything from the Tea Party audits? This Administration will not tolerate actions by any individual – in this case, a loudmouth, self-righteous asshole who’s been repeatedly warned to button his trap but still clearly doesn’t know what’s good for him – trying to sabotage the foreign policy of a Democrat president working on a legacy,” the Attorney General continued, spitting into the microphone as he departed from prepared remarks and disconcertingly snapping wooden tongue depressors in full view of the nervous assembled press corps.

Menendez and the Administration came into direct conflict when, in January 2015, he accused the President and his senior staff of parroting “talking points from Tehran.” Tensions continued to build in recent weeks, culminating in Menendez’s rumored abstention in the coming razor-close confirmation battle to seat Holder’s successor.

Not all of Senator Menendez’s support had evaporated in the face of federal charges. After this morning’s news broke, various New Jersey crime bosses, pimps, numbers runners, and Hudson County racketeers rallied to the Senator’s cause and attested to his character. Junior New Jersey Senator Cory Booker (D-Twitter) also made a point of standing by his colleague via Twitter, tweeting to  his embattled friend an iconic line from A.A. Milne’s Winnie-the-Pooh: “If you live to be a hundred, I want to live to be a hundred minus one day so I never have to live without you.” Menendez promptly favorited the heartfelt tweet which, as of this writing, boasts 1,400 retweets.

The Justice Department, on the other hand, disregarding Jersey City Mayor Steven Fulop’s reported frenzied texts and loud crying, insists that the charges filed against Menendez are just step one in a larger crackdown throughout the country.

“For too long, Bob Menendez has blatantly and unapologetically told the truth about the executive branch’s traitorous dealings with totalitarian governments, dangerous concessions to radical Islamic extremists, and general demonstrations of gross incompetence in the realm of foreign affairs,” added Holder, whose face began alternating between different shades of red at this point in the presser. “Yes, the indictment announced today is an important step forward, but there’s much more work to be done. With all of our resources brought to bear, and every tool at our disposal, we will continue to aggressively clamp down on political dissent from all sources, especially Bob’s obnoxious, enormous, ugly pie hole.”

Legal analysts describe the indictment itself as unique in both form and substance.

According to the lengthy and, at times, profanity-latent screed, Menendez is alleged to have committed no less than 150 enumerated crimes without much history in federal criminal actions including, but not limited to: 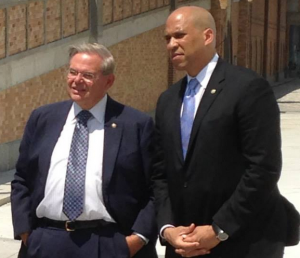 The 150th count, scribbled onto the press summary copy of the indictment in what some experts believe appeared to be the President’s own hand, insisted that Menendez “should get a room with that traitorous prick Netanyahu if he likes him so f%&*ing much.”

Experts nevertheless agreed that Menendez should have expected indictment after criticizing the Administration; Professor Leftibas Tard of Princeton University Law School, a published expert on federal grand jury proceedings, said the Senior Senator should’ve known the Obama DOJ “doesn’t f%&$# around” and that he should expect “a category one shit storm” for speaking his mind.

Described by attendees as difficult to watch at times, the press conference concluded after about 10 minutes when outgoing Attorney General Holder angrily stopped mid-sentence, knocked a glass of water off the press room lectern with the back of hand and walked off stage, exhorting his subordinates to follow along and help him drain what’s left of the scotch from the DOJ Winter Solstice party, all while audibly muttering “Seriously, Bob. What the f#%k??” and prompting one Holder aide to loudly whisper “be cool!” to his boss as he disappeared behind the stage curtain.

At press time, Senator Menendez’s spokesperson took time away from an April Fools’ Day office document shredding party to confirm that the Cuban-American Democrat had reluctantly renounced his U.S. citizenship and planned to enlist in the Israeli air force with long-time friend Salomon Melgen after a brief stopover for rest and relaxation in the Dominican Republic.