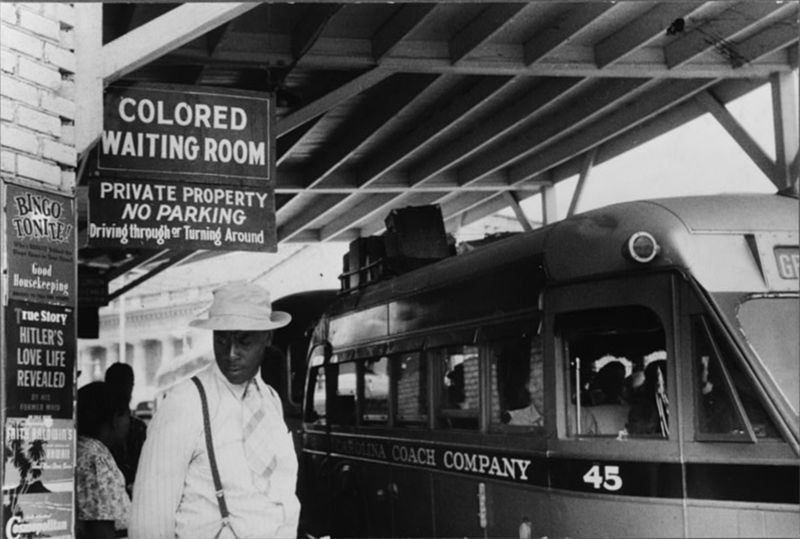 If you have a shred of decency or human compassion, then you are sickened and outraged at the wanton slaughter that took place last Wednesday at a predominately black church in Charleston, SC. Nine innocent worshippers – six females, one a  Newark native, and three males – including the church’s pastor, were gunned down in cold blood in the midst of the Wednesday prayer service, allegedly by 21-year-old Dylann Storm Roof, a nobody with a record of past and pending petty crimes and, as we increasingly are learning, a deep and abiding hatred in his heart.

Roof was arrested early on Thursday near Shelby, NC, approximately 240 miles from the scene of the crime. He has reportedly confessed to the killings claiming that he wanted to start a race war.

There was some confusions as to where he got the gun he used. Some reports have it given to him as a birthday gift (see also here), while a later one has him buying it over-the-counter with money given him as a birthday gift.  Either way, it’s increasingly clear that Roof had race-based malice, mayhem and murder in his heart and on his mind.

Certainly, it’s not the first, nor is it likely to be the last crime against black people in the United States.

But attacks on churches, black or white, aren’t unique in American history. In 2007, a lone gunman attacked two churches near Denver, killing a total of four people, before he was himself shot by an off-duty police officer who was acting as a security guard at one of the churches.  Had she not been there, and been armed, many more certainly would have died.

In 2012, another lone gunman attacked a Sikh temple near Milwaukee that resulted in the deaths of six people. That gunman was shot and killed by police

It used to be that attacks on churches were carried out in the dead of night in secret – think the 1963 bombing of a black church in Birmingham, AL that resulted in the deaths of four young girls. But the recent attacks, including the one in Charleston, the one near Denver and the assault on the Milwaukee-area Sikh temple, involve gunmen coming inside the building to blow away as many as possible.

And why not, since there’s usually nobody there to stop him? The Colorado situation, where there was an armed security guard, is an aberration. Usually and for reasons you normally associate with a church – peace, love, brotherhood – it’s about the last place you expect anyone to be armed. Churches are notoriously gun-free zones.

Maybe that should change. I know that after the Colorado event, the pastor of the Southern Baptist church I attended in the Seattle area (one of the few) where I also served as a deacon, never again was in the building without a loaded handgun on his person.

As the shepherd of the flock, Pastor R took the Biblical admonition about tending and protecting his flock to heart:

Since he could see every door into the auditorium where services were conducted, he figured he was in the best position to respond even to the point of giving his life should the need arise. No wolves were going to attack the flock on his watch.

Of course, not everyone agreed. One member of the staff about had the vapors when he happened to see the pastor’s handgun. Soon thereafter, he departed – no loss and good riddance.

Pastor R, because he was in a state where a concealed-carry permit is easily available on a must-issue basis, was able to secure a handgun and a permit to carry it in very short order.

Surprisingly, given that it’s such a conservative state, carrying a concealed weapon into a church is against South Carolina law. I’m guessing that will change in short order, too.

But in New Jersey, no pastor in the state will be able to play the role of the shepherd, and there’s not one single solitary reason on the face of this earth why what happened in Charleston can’t, and eventually won’t, happen someday in a black church in Newark, Camden, Paterson or Trenton – or any church, for that matter.

And nothing is about to change any time soon or in the distant future, because that’s the way the Legislature wants it: keep all you good folks who can’t be trusted with firearms in your place, powerless to defend yourselves and completely vulnerable to some racist’s deadly assault on your house of worship. A concealed-carry permit? In your dreams, and not on a bet.

It’s no coincidence that New Jersey targets black gun owners and throws the book at them for even the slightest violation of our Draconian, punitive and, by their application in a couple of recent cases, racist gun laws. Ask Shaneen Allen and Steffon Josey-Davis, a black woman and a black man, respectively, who had the misfortune of running afoul of the intricate technicalities of Jersey’s fetish against citizens – BLACK citizens – exercising the right to keep and bear arms.

No wonder, given that the roots of the American gun-control movement are deeply embedded in post-Civil War, Jim Crow laws designed to keep newly-freed black people from exercising their freedom.

Liberal gun-control advocates are so horrified by this reality that they can’t stand it. Yet, even they sometimes must acknowledge the truth of the historical record and then awkwardly try to deal with it. What more likely kept a black man from getting lynched in the late 19th and early 20th Centuries weren’t liberal sensibilities and rhetoric, but a Winchester repeating rifle in his hands and his willingness to use it against hooded Klansmen.  Armed black militias intent on securing their rights and keeping their lives routinely held KKK lynch mobs at bay, and that’s a true fact of history that you should look up.

The fear of firearms in black hands was specifically addressed in the infamous Dred Scott Decision, the pre-Civil War Supreme Court case that held that blacks were not and could not be citizens “entitled to all the rights, and privileges, and immunities, guaranteed by (the Constitution) to the citizen.”

God forbid, the Court declared in the most racist decision in the history of American jurisprudence, that blacks ever be regarded as citizens since then whey would be entitled “ to keep and carry arms wherever they went…inevitably producing discontent and insubordination among them, and endangering the peace and safety of the State.”

One of the first post-Civil War pieces of civil rights legislation, the Freedman’s Bureau Act of 1866, committed the federal government to enforce the “constitutional right to bear arms, (which) shall be secured to and enjoyed by all the citizens of such State or district without respect to race or color, or previous condition of slavery.”

Fast forward to the heyday of the Civil Rights Movement and Dr. Martin Luther King, Jr., who, while advocating non-violence as a way to effect social change and freedom for black people, knew he needed guns for his own self-defense and that of his family. No wonder Alabama authorities denied his request for a concealed-carry permit.

Federal gun-control laws enacted after urban rioting in the late 1960’s, including the 1967 Newark riot that lasted six days and left 21 people dead, were occasioned as much by who was involved in the violence as the violence itself. As one commentator wrote:

The Gun Control Act of 1968 was ostensibly passed in response to assassinations of Robert F Kennedy and Martin Luther King, but its real targets were inner-city black communities where there had been violent riots for three summers running and where some black activists were beginning to arm themselves

And that spawned some serious civil-rights-related push back. In 2008, Otis McDonald, an elderly black Chicago resident who owned several rifles and shotguns, decided he wanted a handgun because it would better enable him to defend himself in his violent inner-city neighborhood. Faced with Chicago’s ban on them, he sued. In 2010, in a landmark decision, the Supreme Court struck down the ban as unconstitutional – it violated Otis’ right to keep and bear arms.

As an obituary of him written last year noted, Otis regarded his as a civil rights struggle:

The tall, elderly, soft-spoken man insisted he needed a gun to shield his family from gangs and drug dealers…He felt the Constitution gave him that right.

Mr. McDonald felt strongly that he had a duty to stand up for the rights that had been taken away from African-Americans during slavery.

Mr. McDonald said the journey had been a lesson in history. He had come to understand more about his ancestors and the “slave codes” enacted in Southern states during the Civil War that prohibited slaves from owning guns. After slavery was abolished, states adopted “black codes” that kept guns out of the hands of freed blacks.

“There was a wrong done a long time ago that dates back to slavery time,” he said in the interview. “I could feel the spirit of those people running through me as I sat in the Supreme Court.”

Like Rosa Parks who refused to give up her seat on a bus, Otis McDonald refused to live his life in fear and at the mercy of the white liberals who ran Chicago and who thought they knew better than he did how he should live.

Where is New Jersey’s Otis McDonald?

In the wake of the Charleston shootings, black New Jersey clergymen expressed concern and “vow a renewed focus on safety,” said a headline in The Star-Ledger (no live link as of noon on 6-15). But a focus does what exactly when an armed thug enters your building bent on slaughtering your sheep?

County law enforcement officials can pledge all the additional resources they want, according to the paper, but unless they pledge a 24/7/365 armed police officer there to protect the church, those are just words.

Bishop Jethro James, pastor of Paradise Baptist Church was quoted saying that “the churches are bull’s-eyes,” and he’s right. But unless his church’s security program includes full-time armed guards – somehow I doubt it – then his best alternative is to emulate my friend Pastor R and preach heavy, advice Jesus gave to his disciples when he encouraged them to buy swords, the heavy of his day, for self-protection.

But then he’d be the one in trouble like Shaneen Allen and Steffon Josey-Davis since no New Jersey resident, least of all a black one, has the right to defend himself with a firearm, the U.S. Constitution be damned.

For a long time, I’ve argued that if you’re black or a woman (why) or gay (why) or Jewish (why), you should be armed and prepared to defend yourself. Every day the evidence mounts as to the wisdom of that advice, with Charleston the latest example.

Resistance to this necessary reality is increasingly devoid of justification other than not wanting blacks, women, gays or Jews to have guns. Gee – I wonder why? Maybe the best reason is found by going back to Dred Scott: We sure don’t want to allow anything that “inevitably (produces)) discontent and insubordination among them…endangering the peace and safety of the State.”

Free people own guns – slaves do not.