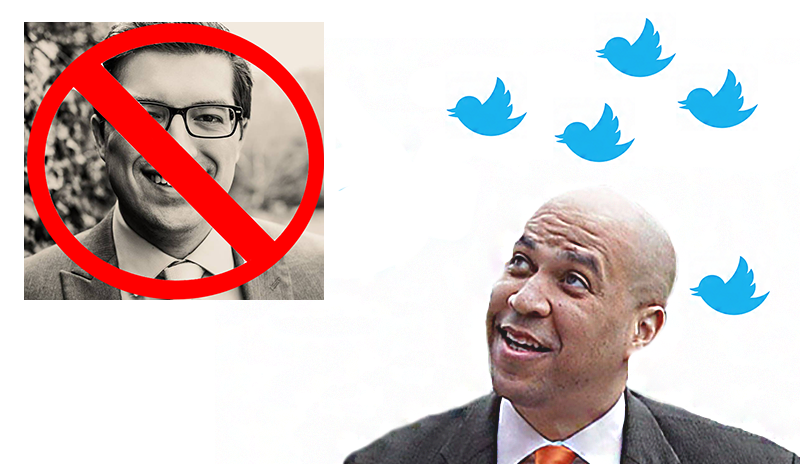 Well it finally happened, Save Jerseyans. The light has gone out of my life. The sun stopped shining.

The leading tweeter in American politics has blocked your Blogger-in-Chief on Twitter: 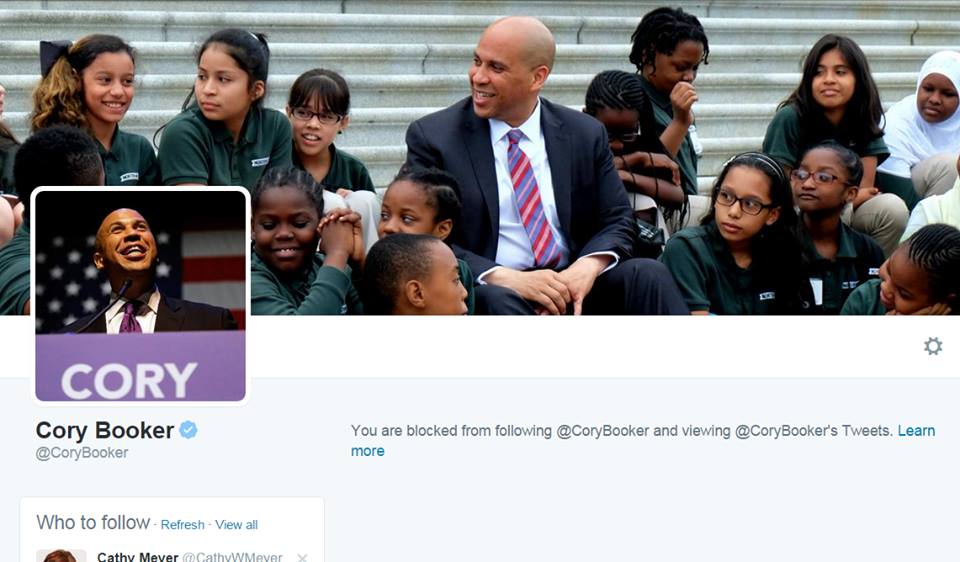 But we know New Jersey’s junior senator likes to talk a lot about how love, tolerance, post-partisanship and other warm-and-fuzzy stuff when he’s not blocking constituents from his Twitter account without justification. At least Ray Lesniak (who also blocked me) is consistently nasty! He typically communicates those sentiments in the form of quotations. Authors, playwrights, Winnie the Pooh, etc.

So maybe we can get through to him with some quotes of my own:

(1) “Once a government is committed to the principle of silencing the voice of opposition, it has only one way to go, and that is down the path of increasingly repressive measures, until it becomes a source of terror to all its citizens and creates a country where everyone lives in fear.”

(2) “One has a moral responsibility to disobey unjust laws.”

(3) “It is the first responsibility of every citizen to question authority.”

(4) “Few people are capable of expressing with equanimity opinions which differ from the prejudices of their social enviroment. Most people are incapable of forming such opinions.”

(5) “The duty of youth is to challenge corruption.”

(6) “If you are neutral in situations of injustice, you have chosen the side of the oppressor. If an elephant has its foot on the tail of a mouse, and you say that you are neutral, the mouse will not appreciate your neutrality.”

(7) “I do this real moron thing, and it’s called thinking. And apparently I’m not a very good American because I like to form my own opinions.”

(8) “Never be afraid to raise your voice for honesty and truth and compassion against injustice and lying and greed. If people all over the world…would do this, it would change the earth.”

(9) “It is dangerous to be right in matters on which the established authorities are wrong.”

(10) “Nothing strengthens authority so much as silence.”