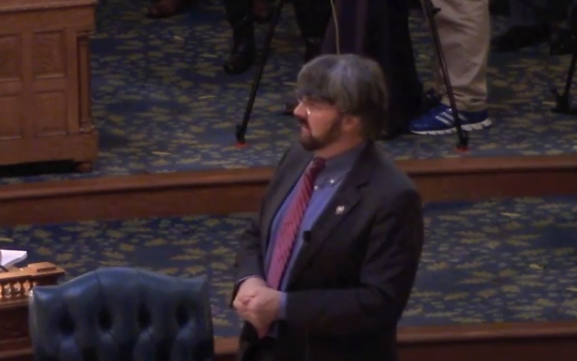 Assembly Democrats failed to aid their Senate colleagues by overriding Governor Chris Christie‘s veto of S2360 on Thursday afternoon, Save Jerseyans, with only 51 voting in favor of the override while 17 registered against and 11 abstained.

54 was the magic number. Speaker Vincent Prieto pulled the override vote at the last second when it was clear that the necessary voters weren’t present.

Assemblyman Michael Patrick Carroll (R-25) spoke for the majority of GOP members by asking why the Democrats have no interest in passing a better bill in the form of the Governor’s conditional veto. The response (or non-response?) he received was extremely telling and confirmed that all of this has been 100% politically-motivated since day one:

“I voted against the override,” added Assemblywoman BettyLou DeCroce (R-26) “because the opportunity to strengthen the bill was bypassed in order to make this a political showdown on gun control…”

The majority party failed to consider any of  suggestions by the governor regarding this bill and that’s unfortunate. In order to create meaningful and effective legislation it should be done in bipartisan manner.

If there is a demonstrable need for stricter gun control laws in New Jersey – which already has some of the toughest gun control laws in the nation, then let’s do it in a sober, well-reasoned  manner. Attaching gun control measures, including those dealing with the ability of people with mental health issues to buy gun — to a bill dealing with domestic violence is not the way to create effective gun safety regulations.

Likewise if there is a need to address holes in our domestic violence laws, let’s address that need comprehensively and in the proper context.”