New bill would permit N.J. cops to carry their guns on state property 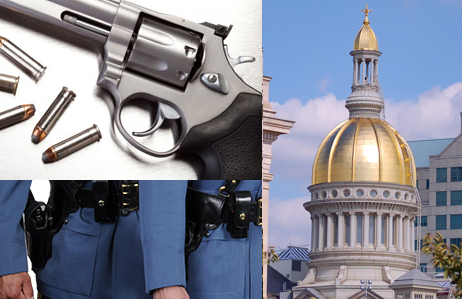 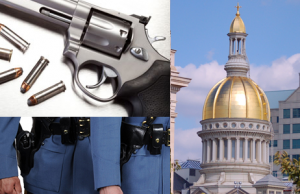 Assemblyman Ron Dancer says it’s a simple matter of public safety. A sane observer might be amazed to know that this bill is even necessary in the first place.

The extreme disconnect between logic and liberty on the one hand and big government goofiness on the other is the reason why the veteran Ocean County Republican legislator is introducing a bill which, if adopted and signed into law, would (finally) permit off-duty law enforcement officers to carry firearms on New Jersey state property.

“In this terroristic day and age that we are living in, government infrastructure has become a prime target for domestic and international terrorists. Police officers are our first line of defense and they rightfully carry their weapons,” explained Dancer in a statement released Wednesday morning. “Carrying a weapon while off-duty also puts them in a better position to effectively respond to a public threat regardless of where or when that threat occurs. This legislation is a common sense measure to enhance public safety.”

Government and military installations have proven no less vulnerable than soft targets particularly after a 1990s ban on soldiers carry weapons while on base. In fact, Dancer’s statement comes after this Monday’s shooting at the U.S. Capitol’s Visitor Center.

This particular effort, however, was reportedly catalyzed by an alleged incident when PBA members were told they could not being their weapons to the State House for the Second Annual Trenton Day.

The proposed legislation (A3513) would cover any state property including not just the capitol complex but also the statehouse’s annex and adjacent public grounds in addition to any and all walkways, driveways and parking areas.

Another unrelated effort is under way to expand concealed carry rights beyond law enforcement personnel but, as ever, any pro-Second Amendment measures face almost certain defeat in a legislative body controlled by far-left Democrats hostile to gun rights even outside of the context of a pending gubernatorial election cycle.

5 thoughts on “New bill would permit N.J. cops to carry their guns on state property”