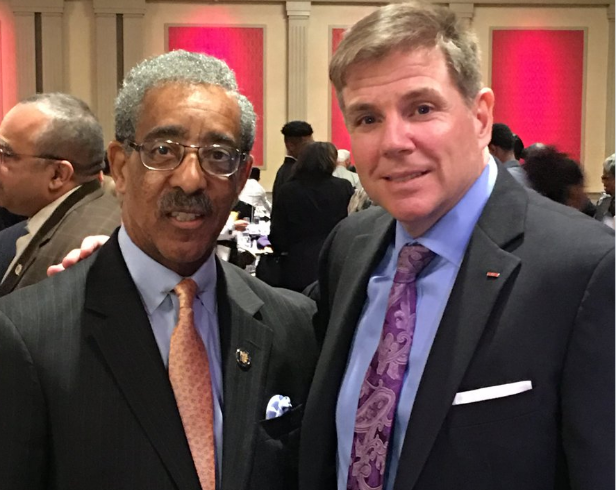 It’s far too competitive of a district for anyone to get comfortable, Save Jerseyans, but the state senatorial campaign of Asm. Chris Brown (R-2) is riding high these days.

According to a Save Jersey source in attendance? Brown was announced as the next Senator and Senator Rice sang Brown’s praises. “It was darn near close to being an endorsement,” our source relayed to me:

Proud to be honored with my friend Senator Ron Rice during the #AtlanticCityNAACP Freedom Fund Breakfast. Thank you! pic.twitter.com/jtjbAKin8t

All of this not-typical-for-a-Republican kind of stuff is happening at a time when the LD2 Democrat Party is in complete disarray following a last-minute candidate switcheroo and black Democrat Freeholder Ernest Coursey is accusing the retiring Democrat State Senator Jim Whelan of overt racism.

Amazing things are possible when Republicans have exercise a little courage (and common sense), Save Jerseyans.