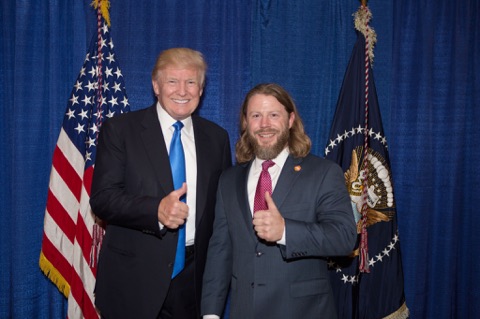 “Make no mistake, Democrats losing in #GA06 is a big indicator for swing districts like NJ03 (which Trump won by 6%),” Luna opined via social media on Wednesday morning. “President Trump only won #GA06 by 1% and Dems had money and manpower advantage in the Ossoff/Handel race. This is a bad night for underwhelming candidates like Andy Kim, who is running against one of the strongest, most well-financed incumbents in the nation: Congressman Tom MacArthur.”

The Democrat, Kim, is a former White House security official and a classic “insider.”

Kim has his hands full in NJ-03; Luna isn’t puffing by describing his candidate as well-funded.

T-Mac, who is independently wealthy after years of toiling in the private sector, took a courageous risk in backing President Trump’s AHCA legislation; to repay the favor, POTUS raised approximately $800,000 for MacArthur at his Bedminster golf course earlier this month to help beat back an ongoing barrage of out-of-district attacks on the two-term congressman.