I’ve spoken to countless ‘smart’ folks since November’s Republican butt-kicking, Save Jerseyans, and I’ve gotten just as many opinions as to what needs to come next if the GOP is ever going to make a comeback in blueish places like the Garden State.

The party hierarchy/establishment consensus is… unclear, and anything but a compelling contrast at the moment. Chris Christie is (all but) gone and we’re entering into a period of chaos and transition. It might last a month or a decade. Stay tuned.

The political operative consensus is less ambiguous: get back to “moderate” Republicanism, emphasizing fiscal restraint and good stewardship and abandoning social conservatism to the wolves, a sentiment recently echoed by retiring assemblyman (and potential future statewide candidate?) Jack Ciattarelli of Somerset County, an encircled firewall of sorts for the trend which we’ll discuss in greater detail below. 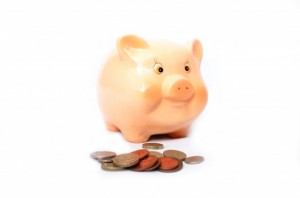 You can imagine my opinion of the outgoing Assemblyman’s proposed path ahead without even reading it here! With all due respect to Jack Ciattarelli who’s an all-around good dude and thoughtful legislator despite some of our limited but profound ideological/tactical disagreements.

My hot take? And what I don’t hear anyone saying right now:

The voters Republicans are losing don’t seem to care about economic/fiscal issues. At least not very much.

That’s a bold statement for sure, but take a look at the evidence.

Click here for a great town-by-town breakdown of last year’s gubernatorial race results. In the final analysis? Democrats didn’t turn out in particularly huge numbers in 2017; yes, they were more motivated in some places, a familiar phenomenon when the opposite party controls the White House, but we didn’t see a blue turnout wave as indicated by the historically low statewide turnout. What did happen? Republicans took it on the chin this year in purple and reddish places like Morris County (at the local level, like Parisppany, and at the legislative level, too, where incumbents were reelected by slim margins) and Burlington County (at all levels, stung by the loss of two freeholders). In fact, in Burlco, where Republicans typically prevail in all but federal contests despite a Democrat voter registration advantage, Kim Guadagno lost towns like Medford Lakes, Moorestown and Mt. Laurel to Phil Murphy. These are model suburban GOP “bedroom” communities where we should be able to win. Christie won Medford Lakes in 2013, 66.9% vs. 61.4% countywide, and Romney and Obama were neck-and-neck here in 2012, with Romney losing by less than a full percentage point. Guadagno dropped it this time by almost four points.

Yes, it’s a mirror of poor Republican fortunes in other places around the country like Orange County, California, which Donald Trump dropped to Hillary Clinton, the first time a Democrat has carried the famously luxurious beach county since FDR won it waaaay back in 1936, whereas Republicans seem to be finding new lease on life in the Rust Belt.

But how are we going to win here, in New Jersey, when voters in purplish and even red areas are willing to support a candidate like Murphy who doesn’t just reject the premise of supply side-style tax cuts but actually PROMISES to raise their taxes? In America’s most highly-taxed state? Moorestown for example is a pretty well-to-do place with the highest average property tax burden ($11,008) in Burlington County. And we don’t need to even discuss Morris County property taxes to know they’re even worse ($19,336 in Mountain Lakes which Guadagno won by less than a full percent).

We could go on forever examining data.

The challenge, it seems to me, is figuring out how to react defecting GOP voters who are unabashedly voting their culture.

We haven’t won the people IMMUNE to taxation in deep blue areas for decades. That’s not who I’m addressing in this post.

The aforementioned Democrat-trending areas in our political coalition’s backyard are chock full of the middle-to-upper middle class voters which form the bedrock of the traditional GOP victory coalition despite their recent rebellion. Young-ish, upwardly mobile professional mothers in their 30s and 40s driving Nissan Rogues and bearded yuppie beta male dads in premium low-emission sedans. Educated and successful “moderate” women like Diane Allen (retiring this month after declining to seek reelection) used to clean up in these areas. No more. Because despite the HUGE property taxes and general tax burdens weathered by these folks on an annual basis, these voters’ opinions on guns, the president’s tweets, transgender bathrooms, and caricatures of Republicans’ contraceptive positions trump (pardon the pun) bread-and-butter concerns. The new generation of parents make good money and are used to carrying large debt thanks to student loans and credit cards. Consequently, Joe and Jane Hipster don’t necessarily think it’s a big problem for the government to spend money provided the expenditure appears morally appropriate on its face.

I’ve had direct conversations with the type of people I’m describing. One on one? They agree with “us” on the big ticket fiscal issues. Even some others like the need to reform urban education. But invariably it comes back to “I can’t vote for a party that wants to stone cross dressers, won’t let me smoke pot outside of the coffee shop, and endeavors to control my reproductive organs through some sort of collective, federal-enforced mind control ritual.”

For others, at the higher end of the socio-economic spectrum, I’d go as far as to say that high taxes are becoming a status symbol, which makes objections to the GOP’s SALT deduction cap all the more curious.

Are these attitudes a luxury born of indifference, reflective of life in a solid peacetime economy? Maybe. Although I think it goes deeper than that. Republicans lost the culture wars long ago, and Democrat populists have long understood that the average voter regardless of age, gender or other demographic factors – preoccupied by daily life and uninterested in the minutia of policy and ideological debates – requires a MORAL motivation to rally around reform. Republicans boorishly but honestly argue the policy (e.g. it’s unconstitutional to compel a private business owner, like a baker, to bake a cake for a ceremony violative of his or her religious beliefs, even if those beliefs are out-of-step with modern sensibilities because, ya know, freedom), while Democrats demonize the messenger (e.g. Republicans hate gay people). What the Left’s really saying is “it’s a moral imperative for today’s cultural ‘values’ to be enforced at the expense of personal liberty,” an objectively scary proposition even if you’re pro-gay marriage like a strong majority of New Jerseyans, but leftists instinctively know that their nanny state argument could be a loser if voters are actually confronted with a sober debate. So they opt out.

This is a big, big problems, folks. The biggest problem of all and I don’t hear any Republicans talking about it.

There are no easy answers so maybe that’s the primary reason for the silence.

What is clear moving forward: our tactics need to change, our messaging needs to evolve, and returning to a watered down “better manager” moderate Republicanism simply won’t cut the mustard. It’s a lazy, impotent response to a crisis that can’t be passively avoided.

I’m reminded of a Yeats poem which begins with the observation that “[w]ine enters through the mouth, Love, the eyes.”

In politics? Classical liberalism/conservatism needs to learn how to enter through the heart or we’re worse than toast in places like New Jersey.