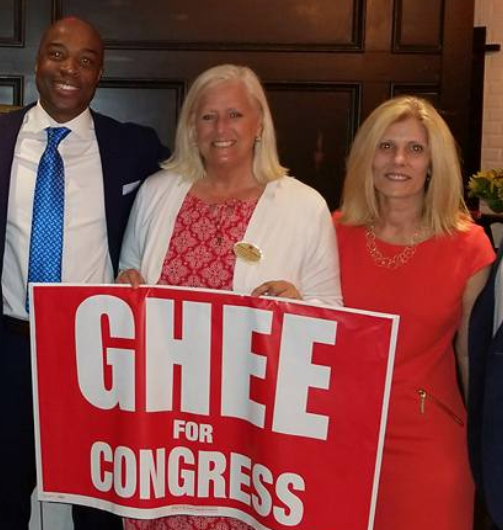 Passaic County is “blue,” Save Jerseyans, but that doesn’t mean it’s devoid of Republican activity and organization. Far from it.

As a follow up to our highly-viewed Bergen Power List, here are (in our humble estimation) the most influential Republican lever-pullers, button pushers and people movers in Passaic at this point in time:

1. Peter Murphy ~ The Totowa GOP Chairman and former county chieftain earns the number one spot after reaching a compromise to coalesce the entire Passaic GOP’s support behind his presumed June bid for county party chairman. His captaining of the ship led to the election of Kristin Corrado as LD40 Senator last year and a revitalized Republican base in the county. Regardless of how you feel about it, his infamous run-in with the law and a prosecutor named Chris Christie and, perhaps more offensive to sum, his appearance at a Bon Jovi/Phil Murphy event are starting to feel like ancient history. Margins talk, and the level of control he exerts over the vote in his modestly-sized suburban community is the envy of Democrat street bosses in larger municipalities.

2. Kristin Corrado ~ The LD40 Senator from Totowa has forged strong bi-partisan alliances in the Senate in just a few short months, notably with Senate President Steve Sweeney, and sponsored legislation to prevent Democratic party bosses from serving as County Clerk and County Chairman simultaneously. She’s among the strongest female rising stars in New Jersey’s political arena of either party.

3. Tony Ghee ~ The hedge fund manager, attorney, and reserve Army Major hasn’t been a Republican for very long, but today he is a U.S. Congress candidate running in June’s CD11 primary to replace the retiring Rep. Rodney Frelinghuysen with backing from not just Passaic County’s Republican establishment but also the organization of Peter Murphy and Kristin Corrado’s ally Al Barlas over in Essex County. He’s got some support from Trump World, too. Not too shabby regardless of how June 5th pans out.

4. John Coiro ~ The veteran Mayor of Totowa presides over an all-Republican governing body which, we’re told, stewards the only New Jersey municipality with zero debt. A community fixture and partner at Ernst & Young, he heads into November’s re-election bid unopposed for a sixth four-year term. He’s the second most powerful man in Totowa… after Peter Murphy.

5. Brendan Murphy ~ The Passaic GOP Finance Director and Totowa GOP Vice Chairman wields a wealth of experience for his age, an immense list of contacts, and the respect from elected and non-elected leaders alike. His knowledge and ability to lead people twice his age are substantial assets for the county organization.

6. Matt Conlon ~ The West Milford GOP Chairman is a staunch Peter Murphy ally and seasoned primary campaigner who has his local council candidates, Tim Wagner and Paul Zarrillo, well-positioned for victory in June. He also recently led a revival of the Passaic County Young Republicans chapter and was elected as YR State Committeeman for the county.

7. Tim Troast ~ The Pompton Lakes GOP Chairman and Board of Education Trustee has built an all-Republican machine in his mid-county borough and heads into an unopposed re-election bid for his chairmanship in the June county committee election.

8. Chris Vergano ~ The Mayor of Wayne Township vanquished nemesis Lonni Miller Ryan in last November’s election and added allies to the all-Republican governing body for good measure. He has been an integral part of expansive redevelopment in the county’s largest township, expanding the municipality’s large commercial ratable tax base.