Wishing I had better news for you, Save Jerseyans, but I keep getting the perfunctory mid-July “how do you think things are looking, Matt” questions, and I’m not going to sugarcoat it for you.

The RCP average congressional ballot is slightly better today than it was in 2006 (the last time Republicans got destroyed during a midterm cycle under a GOP president), and you can argue Iraq was an actual issue whereas this #resist stuff is a more difficult organizing principle. On the other hand, as we’ll discuss below, there is an unusually large number of “open” house seats (where incumbents aren’t seeking reelection) in GOP districts located in “blue” states (like New Jersey).

Losing two seats in N.J. would be a huge blow because the Dems only need to pick up 24 seats nation-wide to return Nancy Pelosi to the speakership.

I think that’s a likely result… if the election was held today. There’s plenty of ballgame left to play. That’s the “good” news.

Some notes for your beach/bbq/poolside consumption: 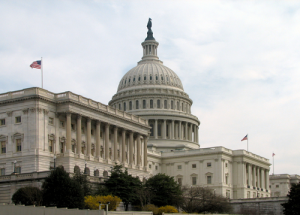 With a Republican president? Running in a state with no Republican party to speak of that hasn’t elected a Republican to the U.S. Senate since 1972 (before Watergate) should be a slam dunk for any Democrat! And it usually is. This year might prove a little different because, according to a new Gravis Marketing polling report released Monday, 58% of likely voters say Bob Menendez’s highly-publicized ethics troubles are factoring into their electoral decision.

Challenger Bob Hugin, a former pharmaceutical representative, is actively capitalizing on the ethics issue thanks to a much deeper war chest than N.J. GOP state wide candidates are used to having. He’s got unlimited resources, and a Christie-tied super pac is preparing to provide outside support.

So yeah, Menendez is officially in danger. How much? TBD. Get back to me after Labor Day. Our state’s fundamentals continue to favor Team Blue… even if Team Blue’s candidate was almost wearing orange. I also wouldn’t put it past the Dems to “pull a Torricelli,” which is why some Republicans quietly hope the race stays close — or even that Menendez stays ahead — until late into the contest to remove the temptation. A wild card: both candidates are beating each other up over drug prices (Hugin ran a cancer drug company while Melendez voted to prevent the importation of cheaper drugs). Who wins the argument?

This district is barely blue but trending that way as the Cumberland/Western Atlantic reaches of the district host a swelling Hispanic population. Trump did carry the district; Democrat nominee Jeff Van Drew positioned himself as a moderate in the state senate and hopes to coast through November on that reputation (all while moving to the Left to appease his new base). Plenty of folks who voted for Trump in 2018 also voted for Van Drew in 2017.

The decisive variable: this year’s GOP primary contest was a dumpster fire and the Republican nominee — attorney/activist Seth Grossman — is penniless and disowned by national Republicans who typically pay a key financial role in these races. Isolated and bedeviled by allegations related to old social media posts, Grossman would need a miracle.

There’s no such thing as “safe” territory for Republicans in New Jersey, especially not in South Jersey, but this district was drawn to be a lean-GOP seat and incumbent Tom MacArthur is both well-heeled (he put $5 million into his first election in 2014) and well-liked by both establishment forces and Trumpian voters (Trump has fundraised for him). His challenger Andy Kim is turning out to be somewhat of a dud, and while he’s declaring again Nancy Pelosi, the Democrat challenger’s wishy-washy position on ICE and other critical issues is evidence of the difficulty he’s having threading the needle in this reddish territory.

If MacArthur isn’t in Congress come January ’19? Republicans had an absolute worst case scenario in November ’18. Think 2006 on steroids.

Chris Smith’s Central New Jersey district, taking in a substantial portion of the Jersey Shore as well as “blue collar” GOP-leaning Hamilton, is an R+8 on the Cook PVI which is as good as it gets in the Garden State. The incumbent’s Democrat challenger raised $275,299 last period, significantly more than he did, but that’s not district-flipping money particularly when fighting someone with strong name recognition and a reputation as an international human rights champion.

Scott Garrett’s old district might be a bridge too far this cycle, and of the “competitive seats” on this list, I’d posit only NJ-02 is tougher for Republicans. Gottheimer is another Democrat who’s worked overtime to cultivate a “moderate” persona, but his Clinton connections have helped him amass a truly massive money advantage; he’s sitting on $4.5 million (!) per the latest FEC report while the challenger, John McCann, registers $6,492.46.

If you’re the NRCC? Trying to help put out fires on both coasts and dozens of points in between? That’s tough math when you’re looking for possible second-round investment opportunities. Add in perennial and persistent GOP internal divisions in North Jersey and any Republican candidate would find themselves facing a steep climb to victory.

Leonard Lance has over $1 million in the bank and a hard-earned reputation for bucking President Trump on some controversial issues (I’ll leave it to you as to whether that’s a good or bad thing), but he also has the inarguably unfortunate distinction of being the only incumbent N.J. GOP congressman representing a district carried by Hillary Clinton in 2016. Malinowski isn’t running as a “moderate” like Van Drew or Gottheimer; he’s openly bashing Trump, championing Leftist causes, and pleading to oppose the Administration.

If an anti-Trump wave genuinely materializes this fall? Lance’s suburban New Jersey district is one of the places it’s most likely to crash.

The money situation here is almost as alarming as it is in NJ-05, and it’s also a district that’s full of wealthy, socially-liberal Republicans unhappy with the Trumpian era party; the Democrat Sherrill (a Navy veteran) boasts $2.9 million in the bank while Assemblyman Webber has only $171,720 cash on hand. Republicans likely can’t keep Congress if they drop this R+3 district held for 24 years by Republican Rodney Frelinghuysen.

Will the NRCC come to Webber’s aid (who’s trailing Sherrill but only narrowly)? Or will it look for a better battleground in a cheaper media market elsewhere to make its stand? Again, with so many competitive races in almost every state this cycle, saving NJ-11 may come down to what the national picture looks like as of late September.