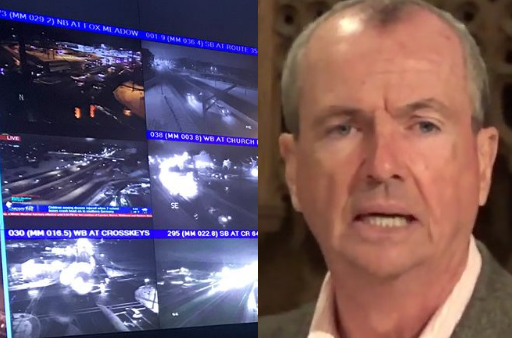 WALL TOWNSHIP, N.J. – Have you ever wondering what all of Governor Phil Murphy’s over-brining is costing you?

A new report is out: the Murphy Administration has spent almost $38 million on winter weather this season notwithstanding a relative lack of snow.

NJ 101.5 discovered that the state Department of Transportation has spread 200,000 tons of salt and, incredibly, over two million gallons of brine this winter. Much of the brining was completed on sunny, 40-degree days.

DOT budgeted for just $10 million this season leaving a huge budget shortfall which will need to be filled.

“Spending thirty-eight million dollars when we haven’t had a major snowstorm in most of the state is an outrageous waste of taxpayer money,” said Assemblyman Edward H. “Ned” Thomson (R-Monmouth) of the Assembly Budget Committee on Monday afternoon. “We are in a serious fiscal crisis and can’t afford to spend tens of millions of dollars to stage contractors and treat our roadways for non-existent snow events.”

The crisis is real. New Jersey’s state pension system is underfunded by $100 billion notwithstanding highest-in-American taxes and $1.5 billion in tax hikes pushed by Murphy which were approved last year.

“You can’t keep asking taxpayers to dig deeper and then turn around and waste their hard-earned money,” added Thomson. “As we begin working on the upcoming budget, we are starting out nearly forty-million dollars in the hole because Governor Murphy is overcompensating for his failures by wasting DOT resources every time there is a chance of inclement weather.”