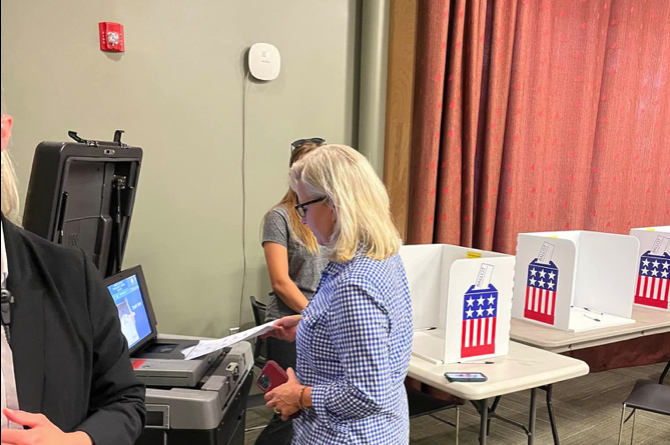 If anyone on the Left appreciates the irony of Tuesday night’s blowout result in Wyoming, Save Jerseyans, then don’t expect them to acknowledge it.

Outgoing U.S. Rep. Liz Cheney ended her primary campaign in Wyoming the same way that she began it: accusing Donald Trump of being a threat to American democracy with a trademark Cheney family puss on her face. She virtue-signaled with the best of them on the January 6th committee. She trotted out celebrities, Democrats, and her own father to serve as surrogates notwithstanding the fact that all of the aforementioned folks are about as popular among Western Republicans as turds in a punchbowl. The end result was correspondingly predictable. As of this writing, the incumbent trails Congresswoman-elect Hageman by a wide double-digit margin.

In other words, one of the country’s leading “pro-dEmOcRaCy” demagogues was soundly defeated by democracy.

What Cheney (who stopped aiming for reelection and settled for political martyrdom long ago) still doesn’t grasp is how little of this actually has to do with Trump himself.

Yes, there is an energetic wing of the GOP that’s still sore over 2020 and remains heavily invested in the Trumpster obtaining what they view as his well-earned right to revenge.

There are also as many – or possibly far more – of us existing within the electoral base of the Republican Party who are simply exhausted by politicians like Liz Cheney, Mitt Romney, Meghan McCain and other stubborn Never Trumpers. Because they won’t blindly follow Trump? Nah. Our beef: they insist that the only valid AND MORAL way to play the game is to adhere rigidly to the rulebook written by the other side. They’re the Old Guard “Wile E. Coyote” GOP: keep running the same damn scheme which always ends the same way… with an anvil dropped on our collective Republican heads.

I could not give less of a shit about mean tweets when the Democrat Party is enacting socialist climate policies, destroying our geopolitical position abroad, fueling ruinous inflation, building an IRS audit army to target small businesses, aligning with Big Tech to stifle free speech, and shoving transgenderism and CRT down our innocent young children’s throats on a daily basis. Defeating these evil bastards at the polls is my priority and the priority of 95% of Republicans.

Rep. Cheney disagrees. She’s on record insisting that Donald Trump – not the people responsible for $4+ gasoline and pushing Drag Queen Story Hour on kindergartners – remains the biggest-by-far threat to the United States. Defeating Trump (again) is her priority.

Liz Cheney’s priorities weren’t the priorities of a very strong majority of her constituents. That’s democracy as I understand it. Will she accept it and self-reflect? Somehow I doubt it.