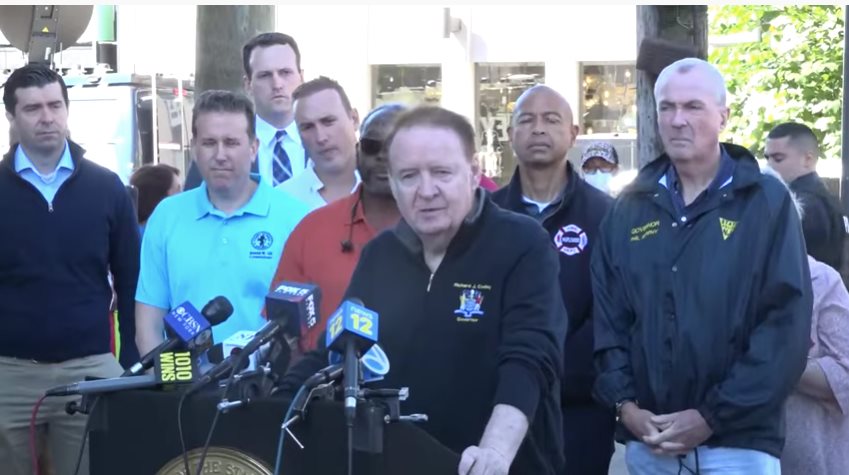 We’re not surprised… just depressed by it.

Former Governor and current State Senator Dick Codey said the quiet part out loud on Thursday during Senate debate over the nomination of Acting Attorney General Matt Platkin; Platkin was ultimately confirmed with Democrat support and three GOP defectors backing his bid to drop the “acting” modifier from his title.

“I didn’t give a damn what the [C]onstitution said,” Codey reportedly responded when Republicans cited Plakin’s role in the Murphy Administration’s indefensible coronavirus decisionmaking.

Codey’s jarring admission harkens back to Governor Phil Murphy’s infamous April 2020 declaration on Fox News that he “wasn’t thinking of the Bill of Rights” when crafting the draconian measures and lockdown edicts that crushed one-third of Garden State small businesses and doomed a generation of school kids to therapy.

Debate underway in the Senate on the nomination of Matt Platkin to be AG.

Republicans are claiming Platkin & Gov. Murphy violated the constitution; former Gov. Richard Codey responded that when Covid hit, “I didn’t give a damn what the constitution said.”

Disgusted? I hope so, but it’s really worse than all that.

Yes, the Constitution isn’t a death pact, but the casual disregard this state’s elected officials continue to show towards the document they swore to uphold is nothing less than disturbing. It’s also illustrative of how this state continues to fail to achieve its boundless potential.