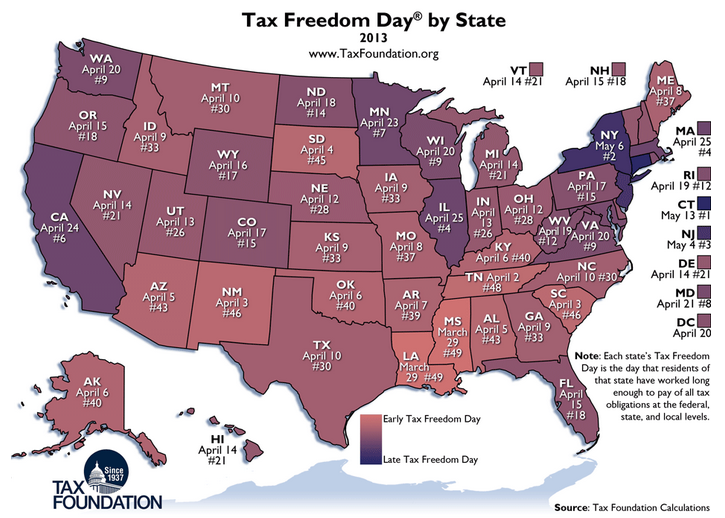 Congrats! You’re Working Three More Days for the Government in 2013 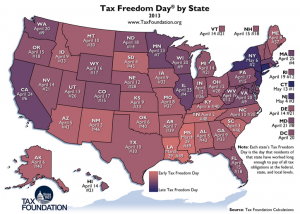 April 1st may be April Fools’ Day, but April 15th is when Uncle Sam gets the last laugh by picking his nephew and nieces’ pockets to pay for celebrity concerts at the White House.

2012 is behind you, but New Jersey residents will work until May  4th this year just in order to pay their federal, state and local tax burdens.

That’s close to half of the year! It’s also the third worst tax pickle in the nation, bested only by the Soviet Socialist Republics of New York (#2, May 6th) and Connecticut (#1, May 13th). Hence, a large part of the reason why the Tax Foundation recently designated NJ as the 48th least free state in the union.

And it’s getting worse all of the time for long-suffering Garden State residents. Tax Freedom Day was May 1st in 2012. You’re working and extra three days in 2013. You can blame the end of the Bush tax cuts, payroll tax increases and property tax rate creep among other factors. Hence, why Chris Christie tried to put Democrats on the spot today with a new 10% property tax cut proposal.

It’s fashionable for contemporary politicians to designate entire months to “raise awareness” for various causes. As far as I’m concerned, Save Jerseyans, January 1st through May 4th is one big “You’re Being Screwed by Your Government Awareness” month. There’s no other way to describe this insanity.

2 thoughts on “Tax Freedom Day is Later for NJ”