No Gender Gap For Christie 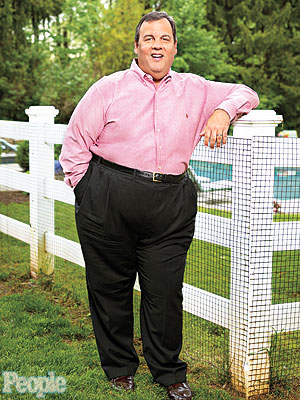 Barbara Buono (BWOH’-noh) may not want to see Chris Christie frolicking on a beach, Save Jerseyans, but a healthy majority of New Jersey women certainly see something they like in New Jersey’s incumbent governor.

A New Monmouth University/Asbury Park Press poll out Tuesday morning found that 61% of New Jerseyans approve of Governor Christie’s overall job performance; only 24% disapprove. Among those who approve are Republicans (89%), independents (64%), men (62%) and women (61%). Even 47% of Democrats give the big guy a hearty thumbs up.

“The governor continues to hold a strong post-Sandy standing among New Jersey residents.  The only evidence of a dip comes from Democrats, and even that group remains relatively positive,” said Patrick Murray, the director of the Monmouth University Polling Institute.

It’s not an easy thing to erase the gender gap; Governor Christie, however, has consistently posted strong marks with the fairer sex. And I’m sure it drives Buono nuts! Her hapless campaign’s attempt to wage gender warfare is clearly coming up short. Jersey Girls aren’t stupid; they know a real man when they see one.

Christie’s success hasn’t been effortless. On the optics front, his media machine carefully leverages his celebrity status and natural charisma to cultivate an image of a teddy bear who, while over-sized and prone to biting (ask Tom Moran), is nevertheless warm, genuine and full of fluffy stuff on the inside. Whatever works…

49 thoughts on “No Gender Gap For Christie”