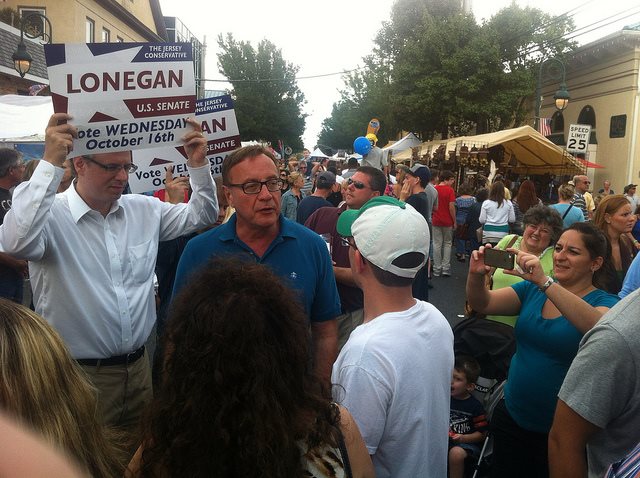 I keep tabs on these things for you, Save Jerseyans, and I’ve noticed an uptick in activity over on Steve Lonegan’s 15,000-strong official Facebook page.

“Tell me what you like most about New Jersey?” the former CD3 House candidate asked his followers, eliciting 259 responses under 12 hours.

Bored of fishing at the beach near his new Lavallette home? Or an indication of continued interest in New Jersey politics? Possibly electoral politics?

We won’t know until we do. Some of you would be overjoyed to see the former Bogota mayor make yet another run for higher office. Other would barely be able to disguise your nausea.

We can’t read too much into silence. Lonegan unequivocally declared an end to his aspirations on higher office after losing to Cory Booker (D-Twitter) in the 2013 special U.S. Senate Election before reversing himself and launching a CD3 exploratory effort only months later following Jon Runyan’s retirement announcement. Lonegan made no such statement this time around, saying only “I intend to continue to speak out on the issues that matter to us – because America and our great state of New Jersey is worth fighting for.”

Whether he has the ability to run is a separate matter. Governor Chris Christie’s political organization helped him retire his Senate debt; according to FEC’s website (updated as May 14th), Lonegan loaned himself a hefty six-figure sum down the final stretch of his battle with Tom MacArthur. The “debts/loans owed by” line item as of mid-May? $500,155.

All the same, I wouldn’t be surprised to see him start some sort of statewide PAC. I also wouldn’t be shocked to see his name on the ballot as a GOP gubernatorial primary candidate in 2017 (barring another House retirement somewhere else in the state). It’s becoming a NJ GOP family tradition. Stay tuned.