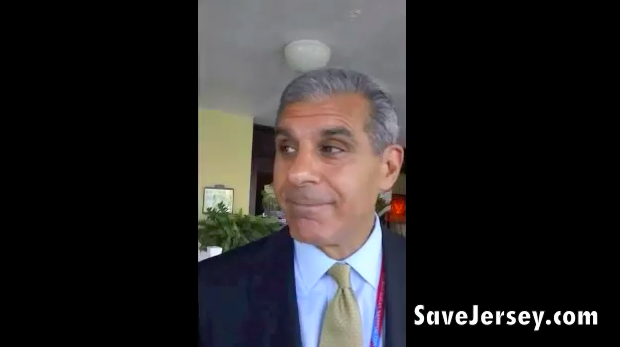 Regular readers know State Senator Joe Kyrillos‘s defection to the Bush camp is not really news, Save Jerseyans, but confirmation from The Washington Post on Monday night of a pending endorsement (and news of a $10,000 donation) is still unwelcome news for Governor Chris Christie on the same day that he scored his lowest-ever approval rating in a reliable public poll.

It was a split that’s been years in the making.

Sources around Monmouth County have repeated as gospel in recent months that Kyrillos, who was introduced to his wife by Christie, never really forgave the Governor for choosing Jeff Chiesa over him to fill Frank Lautenberg‘s vacated seat back in 2013 almost one year after Kyrillos’s own ill-fated U.S. Senate campaign against Bob Menendez. The story goes that Kyrillos chaffed under a lack of perceived messaging/campaign help (see: “the hug“) and fundraising support from the Front Office.

Then the Governor’s mishandling of the Bridgegate scandal was the straw that broke the camel’s back, so say Kyrillos’s defenders. His detractors? The Senator capitalized on his old friend’s vulnerability to trade up long after he was warned, so they say, to not run in 2012 and risk a trouncing that would bar Christie from appointing him in the future.

To make matters worse, both men are known for being a bit on the sensitive side. Communication broke down, things were said (and weren’t said), and suddenly the former Christie campaign chairman is showing up at a Bush dinner in NYC…. and then this:

Who’s right? And who’s wrong? You be the judge, Save Jerseyans. Suffice it to say, nothing is going to put this shattered relationship back together again.

15 thoughts on “The Kyrillos defection was years in the making”