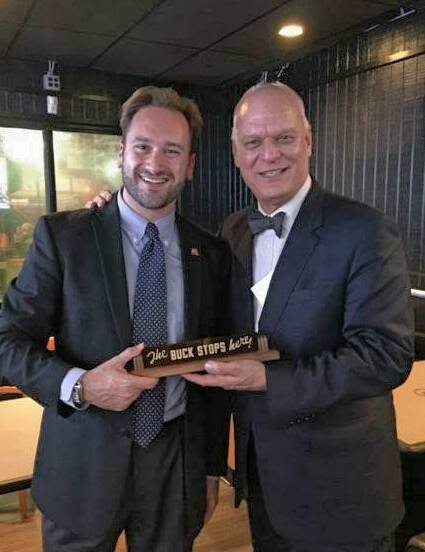 Governor Chris Christie reiterated his support for expanding casino gambling to North Jersey during a Tuesday press availability, Save Jerseyans, and even expressed openness to campaign for the referendum.

But the man who uttered those words on Facebook — millennial challenger and former Yellow Cab President Paul Rosenberg — is no far-left Democrat or career Christie critic.

He’s a card-carrying Republican running on Donald Trump’s line this fall in a bid for County Clerk.

It’s perhaps only the latest strange twist in a political cycle that’s full of them, but Atlantic County’s role at the heart of both Chris Christie’s diminished Republican geographic base AND the ongoing state-wide power struggle over Atlantic City (as well as the Clinton campaign’s attacks on the Donald’s former casino empire) is making things particularly interesting.

The most visible and vocal critic in recent months? Chris Brown, LD2’s sole Republican legislator,  who back in January accused the Governor of treating Jersey Shore residents “as a punching bag in order to generate a sound bite” during the presidential campaign.

Brown is the early favorite to take on Jim Whelan (D) in next year’s premiere State Senate contest; the Democrat was recently spotted chowing down and chatting with George Norcross III, a leading force behind the expansion effort:

Looking at the task at hand, Atlantic County is a bellwether for state-wide performance. In 2012, President Obama’s margin over Mitt Romney in Atlantic was very similar to his margin state-wide.

Pay close attention to how things develop (or deteriorate) in the next several weeks particularly if the Governor heads out on the pro-referendum campaign trail.