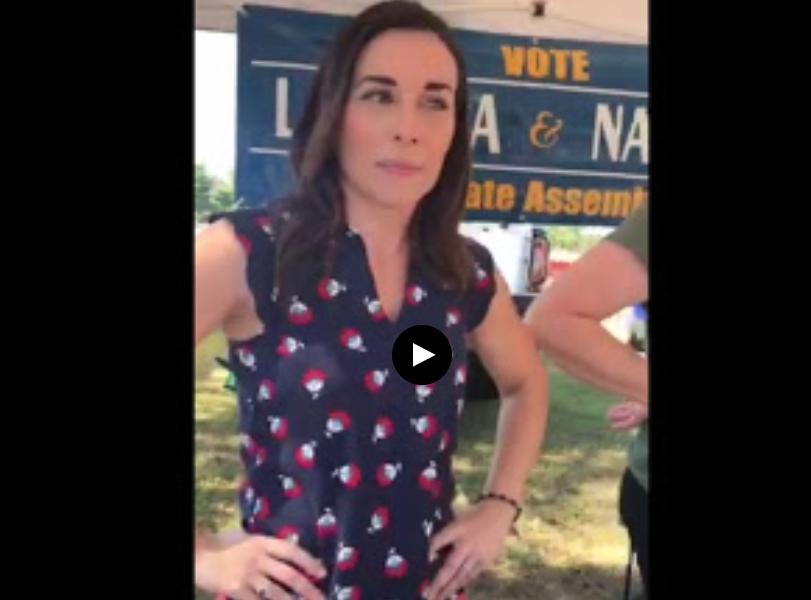 A notorious Democrat Super PAC is under fire for darkening or “blackening” a photo of Republican 1st Legislative District Assembly candidate Antwan McClellan on an attack mailer. Given the General Majority PAC’s intervention in races all over the state, the controversy isn’t contained to LD1. Rival state Democrat factions – embodied by the favorite state chair candidates of Phil Murphy and the South Jersey Machine, respectively – are fighting over the mailer.

Democrat candidates are running for cover.

“The sad truth is that Andrzejczak, Land and Milam are afraid to say something because they won’t dare bite the hand that feeds them,” said Mike Testa, who is running for state senate on the same ticket as McClellan. “This whole sorry episode just proves how dependent they are on the millions of dollars in dirty money from this shady Super PAC and how beholden they are to the Camden Democrat political machine and special interests that fund it.”

Meanwhile, in the nearby Burlington-dominated South Jersey district of LD8, Democrats are playing dumb and pretending to know nothing of the Super PAC’s activities despite the fact that the PAC is reportedly active in her district.

GOP tracker Kevin Tober caught up with LD8 Democrat Assembly challenger and Trenton lobbyist Gina LaPlaca on Saturday at a local fair. Her response (or lack thereof) was less than inspiring:

So is racism okay? Or even a laughing matter? When the target is a Republican?

“Power politics” appears to be the answer.

“It is completely unacceptable that Gina LaPlaca refuses to condemn racism. Her refusal to answer is a cop-out and it’s shameful,” Campaign Manager Angelo Lamberto said. “She’s just afraid to offend the Camden political bosses who fund her campaign. The voters of the 8th district deserve representation from independent-minded leaders willing to do what’s right like Jean Stanfield did as Sheriff and Ryan Peters did as a SEAL.”